Why I’m a Fourth Wave Feminist 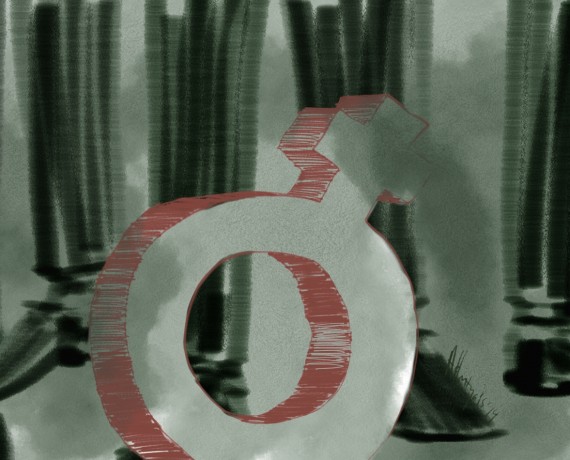 [Read this article directly on Magdalene.co.]

Why am I a fourth wave feminist? Because I’ve had it. I have been sexually, verbally, and psychologically harassed in public places, stalked by strangers online and offline, systematically discriminated against, and hit on the road by some mad man. At home, I suffered more than a decade of mental and emotional abuses.

I can’t be silent anymore. I’m doing something, so other girls and women don’t have to suffer like I did.

Still, I consider myself a “lucky one”, for I didn’t experience the horrible FGM a.k.a. Female Genital Mutilation like girls in Africa, which was experienced by Infidel author Ayaan Hirshi Ali, and by Indonesia’s own Nursyahbani Katjasungkana, as reported by Andre Vltchek in “Indonesia: Archipelago of Fear.”

I enjoyed the relative safety of upper middle-class conveniences, which allowed me to visit safe places and go to good schools with security guards. I also have my own business, which means I don’t have to endure office harrassment, which can be really brutal and degrading toward women.

I enjoy not having to put on too much makeup and do my hair as I mostly work remotely from anywhere my laptop is located. I also have the privilege to choose where to meet business partners, which is usually in public places.

Yet sometimes I imagine what my life would have been like had I been born elsewhere. In a different country? In a different social class? Where opportunities are limited and restricted for women.

From time to time, whenever I walked on foot, waited in line, or took public transportation, I was physically and verbally harassed. I was once sexually harassed during a job interview, which is another reason I prefer being an entrepreneur and a writer.

Ignoramuses have blamed me for being fair-skinned, attractive, and, of course, simply being a woman. Yeah. Whatever.

Fact is: no place is safe enough for a woman.

I don’t hate men. In fact, I love my significant other, who is a man. And I love all my brothers, friends, and relatives of the male gender. I learned a lot from both men and women and those who choose to be male or female regardless of their birth assignments.

What I hate is misogyny and its elements that are cloaked and sugarcoated in other things, which blind many. Often unidentified, it is even considered the “natural” way of being by too many people.

Until misogyny is eliminated, the human race is still at risk of being hurt unnecessarily.

So, what is “misogyny”? The popular definition of misogyny is a dislike of, contempt for, or ingrained prejudice against women. The question, now, is: to what degree? The answer is: the highest. But how is misogyny distinguished from “sexism”?

Six feminists described what “misogyny” is beautifully in this Guardian article, and my personal take on this term is that it is the worst way of undermining of women involving inhumane ideas and thoughts. Someone can be sexist but still appreciates women.

So, I dislike misogynists first and foremost. Sexists second.

But what is “fourth wave feminism”? How is it different from first, second, and third waves of feminism?

The first wave feminists (1848–1920) worked for suffrage, which is the right to vote in a democracy. The second wave (1960–1988) feminists worked for equality with equal accesses to domains previously limited to men and to liberate minority women (lesbians, blacks, disabled, etc) with equal rights and equal opportunities. The third wave feminists (1988–2010) worked for the belief that “feminism” is a spectrum, thus “hardcore feminism” isn’t the only definition.

And the fourth wave feminists live and act out what the third wave feminists believe due to being tech-savvy and gender-sophisticate. It’s a matter of choosing any spectrum of humanity and womanhood and to live them up according to spiritual preferences.

I’m glad that I have chosen to be a fourth wave feminist. We all have our own principles and choices. Let’s respect each other and make each other better individuals who respect humanity, regardless of sex or gender.[]