How to Be A Woman 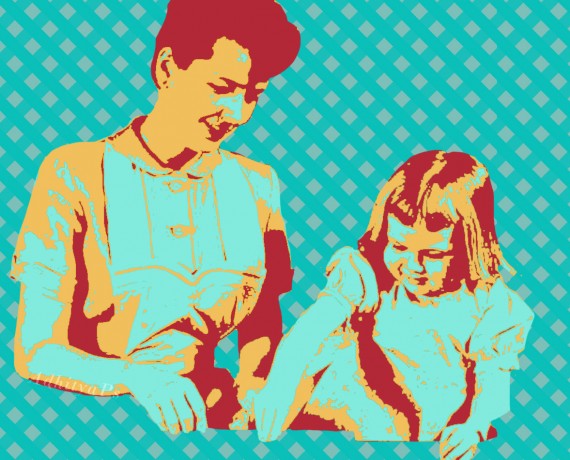 Simone de Beauvoir said, “One is not born a woman —one becomes one.” Small things determine whether one is “woman” enough by society. Oftentimes, she isn’t.

And those are small things, not big principle things like “female circumcision,” pay inequality, and domestic abuse. Small annoyances like catcalling on the streets, daily sexist comments by office colleagues, gossips about how one is independent and rebellious instead of traditionally submissive, and awkward glances when people get a woman leader in a position they had expected to be occupied by a man.

These small things would add up at the end of the day, which may not be pleasant. You need to be able to “filter in” positive vibes and “filter out” negative ones.

So what should a woman do?

First things first, be aware of our birthrights in society. Well, most women are aware of many things around them. But, are we aware of our rights and privileges, instead of merely a list of endless responsibilities? Girls in most (if not all) cultures have been raised to put others’ wellbeing above their parents, siblings, spouses, boyfriends, children, and grandchildren. These are our responsibilities.

Note that we have the right to put our wellbeing on top of our agenda so we can be in an optimized condition to care for others, when it’s necessary (and we do choose to do so out of love, not out of fear or tradition). We have the right to love ourselves first and foremost. And no one can take it away from us.

Second, be aware of “Broken Windows” philosophy and “Zero Tolerance” policy. In most societies, gender issues are sensitive. And what’s “normal” in one culture may not be so in another. Imagine the world is a window. A small crack would cause a major catastrophe when it’s pushed open, as various unfavorable elements can easily get inside. Give no opportunity for misogynists and sexists to take advantage of the “broken window.” Have zero tolerance.

Third, what men expect from women, women have the right to expect those things from men too. While most guys who have lived overseas are aware of house chores, such as cooking, cleaning, and washing, some Indonesia, even Asian men are still accustomed to “having women” do stuff for them. These are easy things to do but can take a lot of energy if you’re not used to them.

I’d urge men to do house chores as well, to show solidarity and appreciation. And if men expect their women to be clean, slim, fit, and pretty, why can’t we expect the same things from them? And don’t limit yourself to doing chores, dudes. Both sexes can learn a lot from each other. Let’s create a solid synergy.

Fourth, appreciate yourself more than others (including men) do. You are special, even though we are women and especially because we are women. Do things for ourselves and be cool with it.

Don’t feel guilty for pampering ourselves with things that would matter in the future, such as giving us the gift of education, entertainment, and health. These gifts would enhance our psychological, mental, physical, and emotional wellbeing. And it’s the greatest gift of all.

Fifth, be elegant and classy. Choose your battle. Be a person of fewer words but more (positive) actions. See things beyond the surface. Analyze and synthesize information as much as you can. Check facts and always doubt opinions. Groom yourself well and don’t let negativity takes the best of you.

Be grateful and maintain good relationship with people. Reflect elegance and class, even if you call yourself a “tomboy.” No need to be a “loud” feminist. A soft-spoken disobedience is sufficient. Smiling while saying “no” comes from inner strength.

Sixth, be the best that you, as a human being, can be internally and externally. Start with appreciating yourself. Be a good, positive, kind, compassionate, and well-mannered individual. Show these qualities to the world.

Your being woman has nothing to do with being a “bitch.” You are a mature woman with reasonable expectations and excellent reasoning power. Achieve more than you imagined. And don’t limit with what are “customarily” feminine roles, but don’t force yourself to be a truck driver either.

Seventh, be a good sister to all women and men. Be a good person means you’re a good woman and a good sister. So, being a good person comes first. Have compassion toward others, while being aware of equality and “what men can do, we can do it too” attitude. After all, we are the human race, men and women.