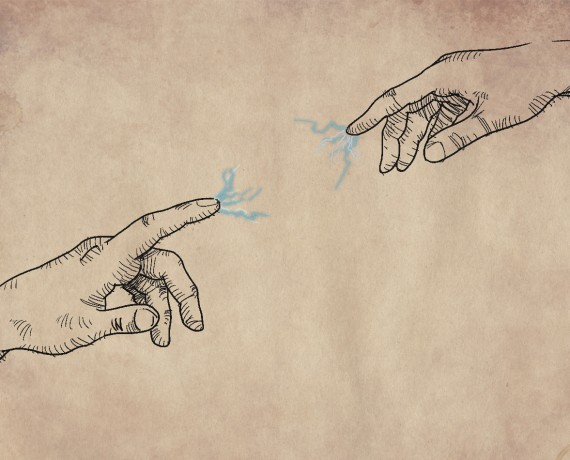 I first met my ex-husband in an initiation event of a college student’s organization. We dated and grew up together during college years at one of the most prestigious universities in the nation. We were college sweethearts. I was in love and I thought he was too.

Looking back, perhaps I was wrong about his feelings toward me, but I was correct about mine. I didn’t know for sure what “true love” was. And I haven’t figured out whether “true love” does exist at all.

Whatever love was, it faded over the years. That’s what he said to me last year when he dropped the bomb that he had a mistress and was divorcing me. I was shocked, as I didn’t see it coming. I did, however, feel that we had grown apart in the recent years, as we had developed into a more mature version of ourselves.

Perhaps there were already telltale signs of divorce-in-the-making. I was just too optimistic.

I spent half of my life with him. We spent college and postgraduate years together. We moved to a different country to start a new life together, where we experienced the loss of our unborn child. Many things had happened. Good times. Bad times. Ups and downs. And anything in between.

We had made many good friends together, some of them are still good friends today. Many people were surprised about our decision, but it had been decided and must be done. No regrets.

The suffering and despair caused by this divorce was merely one of thousands, or even millions, of incidents that I must endure between the time of my birth and my death. Statistically speaking, the moment of my divorce was merely a tiny dot in a long trail of footsteps.

Love fades. It is a fact. Not an opinion.

First things first, physiologically, human beings are wired to experience short-term elation of falling in love or infatuation which has something to do with the increase of dopamine influx. Over time, this hormonal influx decreases in the brain, thus hormones are in equilibrium a.k.a. “normal state” again. Elation drops and infatuation stops.

Suddenly, our object of infatuation is no longer a “saint.” He or she is just a mere mortal who must use the bathroom several times a day and whose fart and feet are stinky.

Second, in the next stage of relationship, personal identities are merged. It is evident in couples in which one spouse is more dominant over the other.

An individual grows at his or her own pace, thus the merge may or may not be successful. By “successful,” I’m referring to resulting in favorable fruits for both of them and people around them.

Third, as individuals grow closer, they tend to let themselves go, meaning that they don’t take good care of themselves physically, verbally and emotionally anymore. They don’t always portray their best traits, which explains why married couple are oftentimes surprised at their spouse’s “other side” that they haven’t seen before.

Over the years, we would find out about our partner’s bad habits and “hidden dark side” that we, at first, didn’t believe. This situation makes people feel uncomfortable.

Fourth, as identities merged, a couple is expected to do things together. But the fact that every individual grows at a different pace may not allow them to be together all the time. Being absent in a couple’s activity, thus, causes a strain in the relationship.

Fifth, as individuals are letting themselves go, which may include letting go the demon within, words become harsher and good deeds are overlooked and ignored. We often heard about wives who said that they were not appreciated by their husbands enough. And vice versa.

When a couple reaches a point where they can no longer tolerate and forgive their partners’ wrongdoings, the relationship is basically over. Couples who said to each other that they would divorce their partners are already showing strong signs of the direction of the relationship, as most marriage therapists would opine.

Like in other parts of life, a romantic relationship requires hard work. Both parties must be present and be at the same level of commitment in making each other happy and growing together as separate individuals and as a team.

According to Randi Gunther, a lasting relationship requires “partners who create a long-lasting, intimate relationship describe their connection in phrases less likely to change over time: a combination of deep friendship, soul-connecting, emerging purpose, and tender empathic support without indulgence.”

I’m rebuilding my life again, working harder and smarter. And I’m preparing my heart to love again. But it would take some time, as I need to trust myself again before I can trust a partner.[]