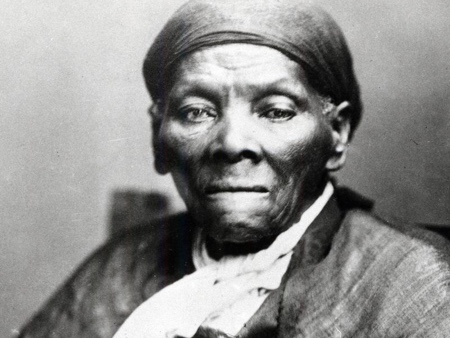 Harriet Tubman would make the first African American and the first woman in the last 100 years that will be gracing the US bank note. She wouldn’t be the woman on US currency, however. She was a great choice for substituting Andrew Jackson at the front of $20 bill.

In the mid 1800s, Native American heroine Pocahontas was on the $20 bill. In the late 1800s, First Lady Martha Washington appeared on the $1 silver certificate. After more than 100 years, it’s good timing to have another woman on our bill.

The Federal Reserve’s choice of Harriet Tubman was, indeed, the right one. Even Ben Bernanke wrote that it was an “excellent and deserving choice.”

Tubman embodied what being American was about. She worked her way up despite being born a woman, a slave, illiterate, and poor. She led many people out of slavery with her involvement in the Underground Railroad. She worked for the US Army during the Civil War as a spy. She was conscientiousness and outspoken. She knew her rights and fought hard for equity.

In the army, she demanded equal pay with the men at that time and fought hard for this right. In the end, she received 25 percent less than men, but it was still significant at that time. Later on, she was involved in the suffrage movement that eventually gave women the right to vote. Tubman was an outspoken and active activist whose views on equality and fairness were so inspiring even to younger generations today.

The thing is, the new $20 will feature both Harriet and Andrew Jackson. Their images will be placed back-to-back on the bill, which is actually quite interesting and, rather, ironic.

Andrew Jackson was known to have owned hundreds of slaves. Historian Daniel Walker Howe wrote that Jackson expressed his loathing for the abolitionists vehemently, both in public and in private. In 1835, Jackson worked with Postmaster General to censor anti-slavery abolitionist messages from the north.

Other than that, Jackson defrauded and moved Native Americans to other areas, only later to be massacred, which was a part of his Indian removal policy of 1830. For instance, the Cherokee nation was forced to migrate from the Mississippi River to (now) Oklahoma. Other removed nations included Muscogee, Seminole, Chickasaw, and Choctaw. He was responsible for 2000 to 6000 deaths on the Trail of Tears alone.

Another irony is that Jackson actually opposed the use of paper currency. Since he disliked paper bills, why was his picture there? And now, after Tubman’s turn to be on it, why is his image still there (albeit at the back)?

Perhaps using Tubman’s image on the front part of $20 is an indication of American conscientiousness, while respecting the former president Jackson by placing him at the back. After all, both Jackson and Tubman were Americans. The United States comes with an infinite diversity.[]