The Problems with “Kawaii” Girls 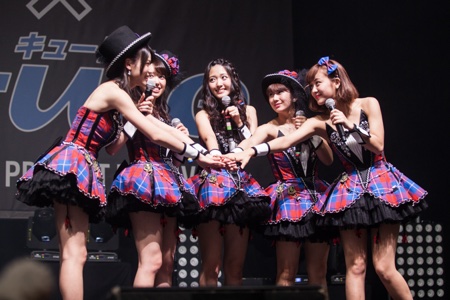 It is a combination that defines what kawaii (or cute) means, and it is the contemporary notion of beautiful for many Korean and Japanese. The more child-like and doll-like a woman, the more beautiful she is. Innocent look is so highly praised in both Japanese and Korean cultures that it has reached a nauseating level.

In the past, the way the Geishas look showed how Japanese men preferred their ladies to look like: pale with tiny red lips and a long and powdered neck. Today, CanCam ladies who look fresh and angelically innocent are considered “modern beauties.”

How women look in a certain culture tells us a lot about their notions of feminism, sexism, and patriarchal power. It further says about how sexual assaults are dealt with in the culture.

A Japanese author Kyoko Mori, who taught at Harvard and now teaches at George Mason University wrote a beautiful memoir about living as a Japanese woman in Japan and the United States. In The Polite Lies (Henry Holt Books, 1999), she mentioned that sexism in Japanese culture was apparent from terms that distinguish a “wife” (ka-nai or “house inside” and okusan or “an honorable person in the back”) and “husband (shujin or “person in charge”).

Mori argued that being “in charge” isn’t the same as having the power of freedom because a woman can still feel like she is being trapped in her own house, despite being in charge. And what’s a better wife than a kawaii lady with angelic-looking face? A kawaii kanai, indeed.

Mori was also critical of the norm that a respectable Japanese woman speaks in high-pitch singsong voice with childlike gestures and expressions. An honorable Japanese woman should never challenge a man, whoever he is. This places a woman in a very difficult and disadvantaged position.

Imagine what it is like having to appear innocent and kawaii, and not being allowed to challenge men although you are being put at a disadvantage. Think about the number of cases of rapes and sexual harassments that were never reported to the authority and swept under the rug. Women can be victims of their own kawaii-ness.

Adding insult to injury, when a female Japanese scientist named Haruko Obokata published a groundbreaking research paper on stem cells last year, the press discussed more about her cute pink apron than the findings. And when the finding was proven to be a fraud, the notion of “pretty, smart girl” was tarnished even more. Is “kawaii scientist” an oxymoron?

Chinese women, on the contrary, are depicted stronger and more emancipated in pop culture. Gong Li and Ziyi Zhang played female heroines and villains in movies. They showed confident sensuality and could defend themselves with martial arts skills, instead of simply looking innocent and kawaii.

American women carry themselves with a lot of sex appeal and with semi-masculine demeanor. Even with her demure and feminine girl-next-door appeal, Taylor Swift, for example, exudes self-confidence and outspoken-ness. Jennifer Lopez, Eva Mendez, Sofia Vergara and Eva Longoria are Hispanic American ladies with a very strong sense of self that is not particularly specific to this ethnic group.

Most American girls and women are assertive. They embrace their femininity without trying too hard to look cute or kawaii, and project an aura of confidence and outspoken-ness without having to worry they would “offend” the opposite sex. Even an Asian woman like me feels comfortable in American culture when dealing with both sexes.

In American culture I don’t need to use a high-pitch singsong voice when speaking to men. I can be as blunt and as courageous as I wish to be without having to worry that I’d offend men with my choices of words and intellect. That’s the beauty of American culture, which emphasizes equality – to some extent in general – frankness and openness.

How women are viewed differ greatly from culture to culture, which in turn influences the whole nation. If a mother teaches her daughters to be kawaii in front of men, it would instill in the girls inferiority, inequality, low esteem, and low self-respect. And as we all know, educating a girl is like educating the whole humankind.

So teach your daughters well. Never let the society’s expectation of cuteness destroys the respectable, intelligent and awesome human being within.[]