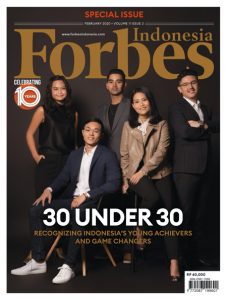 In 2008, the Australian government predicted how climate change would cause tantamount damages in the fire seasons. The thing is, not much had been done to prevent them from happening, which resulted in the recent massive bushfires killing a billion animals and 60 humans and destroying 10 million hectares of land.

In Indonesia, extreme rainfall resulted in torrential flooding on the first day of the new year (2020), which has been causing quite a stir politically, particularly on flood management and river development. We can expect to see more extreme disasters in the not-so-distant future with or without sufficient political will to make appropriate changes in protecting the environment.

Throughout the world, natural disasters due to global warming and overall climate change mark the so-called “new normal,” which require on-going environmental appropriation simply to survive. The future is uncertain, and if we don’t do anything, a dystopian one is looming.

In the United States, the 14-page resolution named Green New Deal has been proposed by the U.S. legislation under Representative Alexandria Ocasio-Cortez and Senator Ed Markey to address climate change and economic inequality with Trump’s Trade War with China and war threat with Iran as the backdrop. It’s a 10-year plan to mobilize every aspect of the U.S. society to 100 percent clean and renewable energy by 2030. The deal also aims at a guaranteed living-wage job and a just and fair transition for both workers and frontline communities.

Such commitment has sparked corporations and non-profit organizations to show significant support. Independently, wealthy and distinguished individuals have also contributed billions to fight the change.

Indonesia needs our own version of The Green New Deal, preferably proposed by the central government with a top-bottom approach. Sure, Jokowi and his cabinet have been working hard to catch up with neighboring countries in tackling climate change. However, it still lacks a unifying deal that would inspire and motivate collaborations in reaching 100 percent clean and renewable energy within a specific timeframe and aggressive nature protection and disaster management.

The U.S. Green New Deal would eventually eliminate 62,000 air pollution deaths annually, saving USD 600 billion in costs. Zero carbon emission would save USD 3.3 billion a year. And all would continue for at least 100 years. Above all, the newly adopted technologies would create 2 million jobs.

Indonesia ratified the Paris Climate Agreement on April 22, 2016. Its central goal is strengthening the global response to the threat of climate change by keeping a global temperature rise below 2 degrees Celsius above pre-industrial levels and to pursue efforts to limit the temperature increase even further to 1.5 degrees Celsius. The thing is, most people in Indonesia aren’t even aware of this agreement and its measurable goals.

Use this spirit to continue educating the public on the importance of environmental needs necessary for our survival. On the startup front, many notable ones are making their marks, including Impossible Foods (meat from plants), Choose Energy (shopping for low-cost energy), Holganix (agritech), Freight Farms (farms on freight containers), Solar Kiosk (portable solar energy kiosks), and others.

At last, the future is, indeed, uncertain. But humans as the most intelligent lifeform on this planet has a tremendous capacity to make changes, even now –at this last stage of irreversible climate change. After all, we owe our next generation, represented by Greta Thunberg, their livelihood.[]