The Great Displacement and Corporate Responsibility 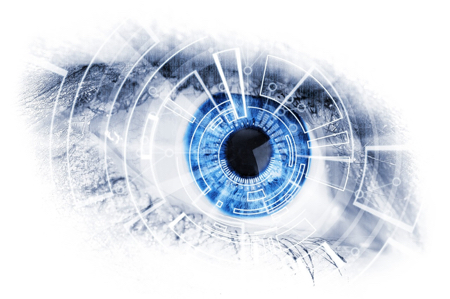 Automation, AI, and robotics continue to change the landscape of how things work and the future of business and employment. While they definitely speed up production, increase accuracy, and do anything else that humans find difficult and impossible, these Industrial Revolution 4.0 elements cause anxiety among workers and corporations.

In this article, we’ll discuss how workers will be affected in the future and how corporations can assist in easing the transition, including those in Indonesia.

According to Venture for America, since 2000, approximately 4 million manufacturing jobs have been eliminated in the USA alone. Today, the labor force participation is around 63 percent, meaning 37 percent productive age individuals aren’t working, which is below of nearly all other industrialized economies.

In a nutshell, each 1 percent of employment participation decline equals to approximately 2.5 million school and college dropouts. And it translates to 95 million working-age Americans who don’t keep any job.

After a decade of 2008 Great Recession due to the implosion of the mortgage industry, apparently, the recovery process has been slow, which is partly due to the wave of automation. And this decade is called the Great Displacement, cited from Venture for America.

The Obama White House published a report in 2016 that predicted more than 80 percent of low-wage jobs will disappear. For instance, 3 million driving jobs will be substituted by self-driving automobiles.

Over time, intermediary jobs, which pay quite well, including bankers, agents, and certain types of manager, are likely to disappear as well. Thus, within a decade, we can expect to see skyrocketing unemployed professionals struggling to find jobs.

An oversupply of capable individuals would result in an extremely high level of competition.

This being said, it’s almost impossible for a single candidate to be selected without a magnificent credential and uber-impressive experiences that completely blow the talent acquisition manager and other stakeholders. In other words, only the most fit of the fittest can win, as it’s no longer just “survival of the fittest.”

While such condition would likely occur in the USA and other developed countries first, Indonesia isn’t prone to automation, as the global economy is already hyperconnected. And the transfer of technology can now be completed within hours with cloud-based PaaS (platform as a service) and SaaS (software as a service).

For example, manufacturing plants in countries like Indonesia, Vietnam, and India can expect to receive far fewer outsource orders from companies based in developed countries. Imagine a plant full of robotic machinery that will be substituting 70 to 80 percent of the workforce, which will transform manufacturing activities from labor-intensive to no longer labor intensive.

Does it sound like a dystopia? It might be, but there are things that we can do to ease the transition.

First, governments should change their obsolete school curricula to focus on future skills. By “future” skills, they don’t necessarily mean technology-related ones, but also skills that mere humans can perform, such as those that require high-level of emotional, creative, and caretaking expertise.

Second, governments and the corporations should participate in educating the workforce, particularly those whose jobs are threatened, with well-designed on-the-job programs that elevate their skills to match the current (or future) demands. For instance, jobs that are substituted by automation still require human monitoring, which is likely a particular trainable skill.

Third, thinkers, intellectuals, and academics should rethink and revise the current form of capitalism to reflect the needs of human beings in this post-industrial era. Some experts, including several Silicon Valley tech billionaires, believe in the Universal Basic Income would provide a partial solution.

At last, the Great Displacement needn’t be a dystopia. It can be turned into a workable future when governments, corporations, and individuals work together for a common goal: The well-being of the human civilization in general. Automation wouldn’t end our civilization, but will shift our consciousness one stage further to see beyond what we lose, but what we gain in both material and immaterial realms.[]