The Fourth Industrial Revolution and Humans 3.0 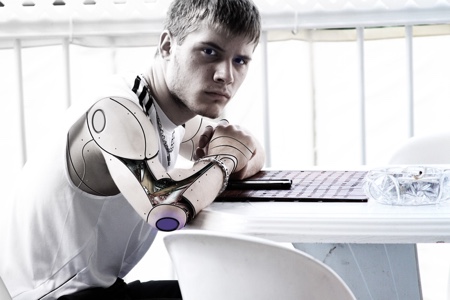 The World Economic Forum in Davos in January revolved around four issues: automation, China, emerging markets, and Brexit. Due to its scope, the automation issue is likely to matter the most to the human race and the hardest to solve.

The high-tech revolution is threatening millions of jobs worldwide. With inequality looming, how far can the human race go when competing head-to-head with robots, driveless cars, 3D printing, biotechnology and multifunction gadgets?

In addition to high-tech automation, the latest trend in the sharing-economy, such as the emergence of crowdsourced services (Uber, AirBnB, TaskRabbit), is also a form of “automation,” where people are helping people with whatever they have at hand. Both types of “automation” are threats to human employment and conventional businesses. By conventional, I’m referring to those that are non-crowdsourced and non-sharing economy based.

In the U.S. alone, economists predict that approximately 45% of human jobs will be replaced by automated mechanisms. Car manufacturers are already preparing themselves to solve this issue. On-demand taxi services like Uber and Lyft threaten carmakers such as General Motors (GM). With car sales in U.S. already plummeting, the future of “automation” is already here for them.

Recently, GM injected $500 million to Lyft, and included in its latest funding round of $1 billion. The GM’s ultimate goal is creating self-driving cars as public transportation. Businesses are innovating partnership relationships, starting crowdsourced models to be sustainable, and being automated with robots and driverless cars.

Thus, the question is: How can humanity, now the most important element in the economy, survive this so-called “fourth industrial revolution”? What can you do to ensure the longevity of your business? The answer is by being Human 3.0 (or Business 3.0). Author Peter Nowak in his book “Humans 3.0: The Upgrading of the Species” answered our valid concern on whether robots will take the place of human workers in the future. He argues that the U.S. economy has not recovered as hoped for due to massive utilization of robotics, which raises productivity without the high cost of employing humans.

He further argues that the setback is temporary until we create other activities for our fellow humans. According to futurist and inventor Ray Kurzweil in his book “The Singularity is Near,” by 2020, we can expect computers to simulate the human brain as the rate of technology advancement doubles every year. In 20 years, technology will be one million times more powerful than today. This is no science fiction. Kurzweil argues that the computer in our mobile phones is one million times cheaper and 1,000 times more powerful than 40 years ago, that’s one billion-fold increase.

“Singularity” is used in explaining the black hole phenomenon, in which there is a point of no return. It’s not a bad thing. Kurzweil and Nowak don’t predict a dystopian future, or a utopian one. Both agreed that the interplay of artificial intelligence and human nervous system will change our civilization in a manner that’s way beyond what we imagined: Humans 3.0.

We should anticipate major changes in human civilization. Imagine that with a few keystrokes, a Kalimantan farmer and a Harvard postgrad can both access the same data. The fourth industrial revolution is exciting, and opportunities abound.