The Forthcoming 2020 U.S. Recession and Indonesia 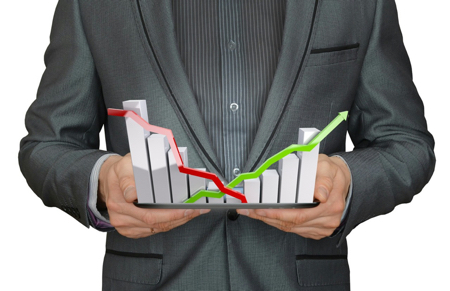 On December 20, 2017, the Senate passed the Tax Cuts and Jobs Act into law, which created sugar high on the U.S. economy. In addition to this factor, there are other variables at play that could bring the U.S. economy on the brink of another recession.

If it’s moving toward this downward slope, what are the telltale signs, and what does this recession mean to Indonesia?

The thing is, the tax reform has been favorable to large corporations, as it allows them to enjoy an effective tax rate of 21 percent or lower. The thing is it does the opposite to individual taxpayers, who might have to pay more taxes instead. This is especially true to those who reside in a high-tax state with skyrocketing property values.

The rich will eventually benefit in the long run from this new law with such a permanent tax cut. On the other than, the lowest earners will pay more in taxes after the temporary individual tax provisions expire in 2025.

First and foremost, it’s hard to predict a recession. Most of the times, you can only be certain after it’s over.

The rule of thumb for a “recession” is having two consecutive quarters of negative GDP growth. The U.S. National Bureau of Economic Research defines a recession as “a significant decline in economic activity spread across the economy, lasting more than a few months, normally visible in real GDP, real income, employment, industrial production, and wholesale-retail sales.”

The last recession was The Great Recession of 2008 that started in December 2007 and ended in June 2009 over approximately one and a half years. It resulted in millions of foreclosed homes and massive unemployment. The thing is, even after the so-called “recession” is over, the widespread negative impact was still felt, such as the significantly increased wealth inequality.

Second, Trump’s trade war with China and protectionism place the U.S.A. in an awkward position. Eventually, it would translate to higher prices to be absorbed by consumers, who are already stretching themselves thin.

Despite the low unemployment rate of 3.6 percent, many individuals must work two or three full-time jobs simply to make ends meet. This signifies the rampant, less noticeable underemployment. In such a stressful society, increased prices would strain them even further.

Third, the “yield curve” is already showing an inversion, in which the short-term interest rates are higher than the long-term rates. Historically, every U.S. recession in the past 60 years was preceded by this curve.

Fourth, the housing sector has slowed down, and home prices in high-priced areas have started to decrease, including those in the San Francisco Area, Los Angeles, and others. New property development has cooled down, and resale properties take longer to sell as well.

The thing is, whether the recession is already underway or not, the U.S. government must immediately address the nagging issues of underemployment, growing inequality, and extreme poverty (homelessness), as they create on-going social stress in the society. After all, with a robust middle class, purchasing power would be favorable.

With a looming recession and the U.S. people’s low purchasing power, it’s time for Indonesian businesses to get ready for what’s ahead. Especially with the on-going trade war, Trump’s resentment toward 5G technology, the U.S. market isn’t the same as it was several years ago. Indonesia has the whole world on its plate, so one fewer market to conquer shouldn’t be an issue.[]