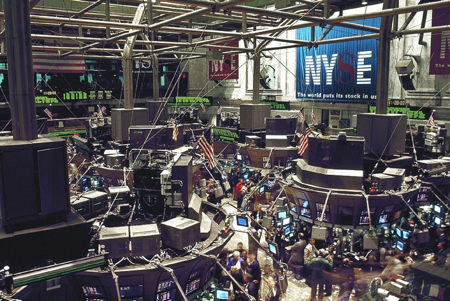 Lyft’s recent IPO could be one of the signs that the tech bubble is on its way to another implosion. With almost one billion USD in the loss despite USD 2.1 billion revenue in 2018, yet the company was valued USD 15 billion pre-IPO. Post-IPO its value has risen to USD 20 billion.

Sure, its growth has been impressive. In December 2016, its market share was 22 percent. Now, it’s 39 percent.

But isn’t it just a deja vu of the 2000 Internet Bubble Implosion?

Many financiers and economists agree that today’s tech investors might have been too euphoric in what could turn out to be another dot-com burst.

When the dot-com bubble implosion began on March 11, 2000, by October 9, 2002, Nasdaq has lost almost 80 percent of its value. Today’s bull period has been a bit too long, and investors might have also been carried away thinking that it would stay.

Learning from the bubble that burst almost two decades ago, the factors were somewhat familiar.

The subscription model of Blue Apron might have attracted investors in the beginning, but the lack of transparency on customer churn rate, which could cause a negative cash flow is a deal breaker. Eighteen months after the highly-expected IPO, it has officially become a penny stock.

Second, overvalued stocks. The models and formulas used for valuing tech unicorns might have been overly optimistic based on unclear revenue expectation, such as Lyft’s. It promised an eventual 20 percent profit margin someday without any clear path to get there.

WeWork, the giant office rental company lost USD 1.9 billion in 2018, and Uber lost USD 1.8 billion in the same year. In other words, these unicorns are hollow. Just like those dot-coms in the late 1990s that weren’t making any money.

Of course, not all unicorns declare losses. Indonesia’s own unicorn Go-Jek, for instance, is known to have been making profits. Also, Grab.

The good thing is, ridesharing as a trend is likely staying, complete with futuristic autonomous (driverless) cars in the not-so-distant future. The marriage of sharing economy and automation has just begun, so we’re all anxiously waiting to see how the tech sector would turn out.

While the bubble might remain stable for the time being, the signs of a burst are already seeping. Show me the money. If there is no profit, perhaps it’s a bit too early to go public.

The contrarian argument is, of course, Amazon was losing too when it went public. And look at it now. A trillion dollar unicorn grandfather.

However, not every tech company is going to end up like Amazon, no matter how optimistic the future looks like and the global trend. As long as Lyft and other losing unicorns can show some profits soon, we all can sleep better.[]