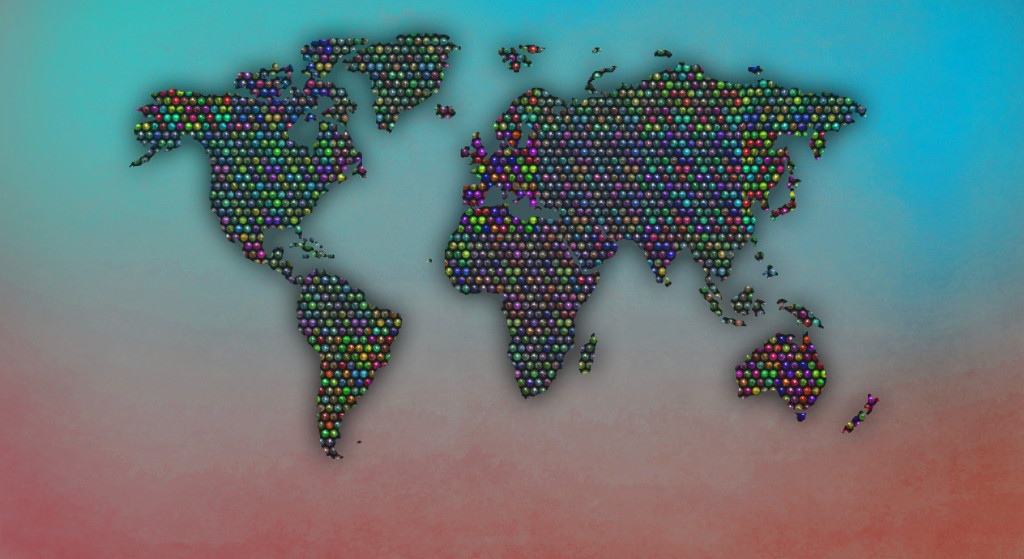 The world is already globalized and the regional economic integration in the form of ASEAN Economic Community in 2015 is magnifying what we are already experiencing. Is Indonesia ready with its “global citizens” whose skills and viewpoints are aligned with the realities of globalization?

Like it or not, the world is getting unified, even if at a snail pace. And regionalization and globalization are just steps toward a completely unified world: a blue planet named Earth. For this, Indonesia needs to prepare its people, especially its youngsters, with globally accepted, high-quality skills and appropriate viewpoints.

Indonesia is renowned for its huge market of 250 million population, the largest of all ASEAN members. Naturally, it is tempting for businesses from other countries to capitalize on the country. Penetrating Indonesian market could well give the biggest business orgasm in recent time, considering the large pool of consumeristic young population.

On the other hand, this will be an unprecedented opportunity for Indonesians to go global. However, the skills required to fulfill the needs of globally interconnected societies are increasingly complex and conventional schools haven’t been able to catch up with the velocity.

Globalization enables inequalities and taboos to be exposed in a more direct manner. In real time social unrests and natural disasters can be broadcasted throughout the world. Sexual scandals and activities formerly hidden behind closed doors can be easily hacked and forwarded worldwide for a 15-minute fame.

Above all, we can see in real-time how the bottom-billion homeless families and their children struggle to get their next meals, while the world’s top one percenters flaunt their wealth on Instagram and cable TV not-so-real “reality” shows. Having both sides of the same “planetary” coin simultaneously requires special care and psychological maturity, as well as being sensitive to others’ sufferings.

The terms “global citizenship,” “global learning,” or “global education” can be traced back to the 1970s in “development education” coined by the United Nations World Studies Project.

“Development education is concerned with the issues of human rights, dignity, self-reliance, and social justice in both developed and developing countries,” according to the UN’s definition.

As agreed in the 2002 Maastricht Global Education Declaration, “development education” of “global citizenship” refers to empowerment of people to: 1) understand links between themselves and others worldwide; 2) increase understanding of global economic, social, political environment forces shaping their lives; 3) develop skills, attitudes, and values that would bring positive changes; and 4) achieve a more just and sustainable world in which power and resources are equitably shared.

First things first, what does “global citizenship” constitute? It is recognizing interconnected among fellow humans beyond geographical boundaries. Parochial nationalism, thus, should be diminished, as there are many other variables that bind us all, such as ecology, solidarity of humanity and other universal themes.

Second, being a global citizen requires a deep understanding on how things work on planetary a.k.a. “global” level. The whole world is unified under the flag of humanity, not narrow-minded sectarianism. This also means various levels of collaborations must take place wholeheartedly and joyfully, not “political-mindedly.”

Third, in addition to hard skills (languages, technology, finances, sports, etc.) and soft skills (negotiation, learning, publicity, time management, etc.), cultural literacy and internalization must be instilled early on. It’s not merely about making one’s skills marketable in a global market, but about cultivating an attitude that would help in surviving the global landscape of humankind.

Fourth, while a lot of emphasis is placed on collaborations among nations and international NGOs, friendships among individuals with various backgrounds should be fostered more often. From small social events such as holding parties with cultural themes (Indian, Hawaiian, Chinese, Malay, Western-style black tie, for example) to encouraging interracial couples and adoption, and making same-sex partnership more socially acceptable.

Speaking in multiple foreign languages should also be nurtured so immersion in other cultures and languages can be done seamlessly, so long as negative preconceived notions about language mastery is deflated as much as possible.

Children must be taught that the world comprises a myriad of human ethnicities, other preferences and their permutations, but this fact shouldn’t make us sectarian. Instead, it’s an opportunity to learn from each other and have fun with it.

At last, “education” shouldn’t sound like a heavy-duty chore. It should sound fun. The world is a tiny blue planet named Earth with seven billion earthlings as inhabitants. What could be more fun than this? Global citizenship education is fun, indeed.[]