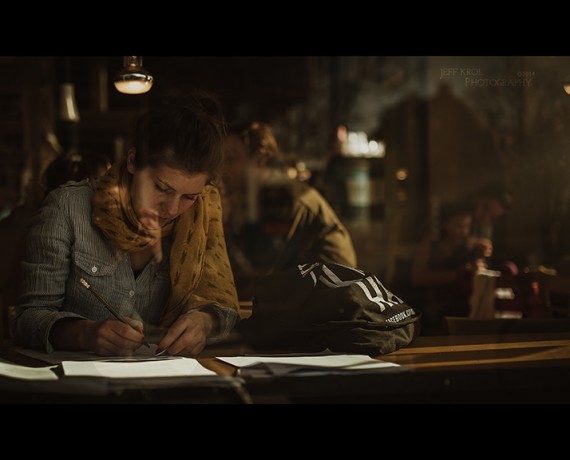 Regaining confidence back after divorce is one of the biggest undertakings in my life. But many people restart their lives in 40s. To my surprise, I’m included.

The term “self-confidence” itself means a realistic confidence in one’s own judgment, ability, and power. And since I’m now living a relatively new life, I think it would make sense to do more than “regaining” confidence. I’m reinventing it.

Though I haven’t passed the grieving period of a relationship breakup, which is believed to be two years or even longer , it would be better to start loving and accepting myself again as soon as possible. I might have “blamed” myself for many things in the past and often I felt overwhelmed by memories of incidents. Yet it’s important to let go and restart with a renewed spirit.

For some people, recovery from divorce would depend on numerous factors, such as emotional attachment with the former spouse, closeness, relationship with children (if any), how long the relationship is, and whether there is a third party. In my case, my ex and I didn’t have any living children together, so there are no child custody and no child support issues. We did, however, have a long courting and marriage periods spanning over two decades.

The good thing is confidence is a learned skill that can be nurtured as long as we know ourselves well enough and are willing to make habit changes as necessary. At its core, confidence is about accepting and working continuously to upgrade ourselves with determination and positivity. For this, we can rewire our brain for new, good, and positive things.

Psychiatrist Norman Doidge, MD, the author of The Brain that Changes Itself said that neuroscience has been able to demonstrate that brain is constantly forming new neural pathways by removing old ones and altering existing ones. Jeffrey Schwarz, author of The Mind and the Brain: Neuroplasticity and the Power of Mental Force made an astonishing discovery when he treated patients with obsessive-compulsive disorder (OCD).

Both experts posit that thoughts can change the structure of brain, making changes permanent. This means that negative and traumatic events can be substituted by new positive neural pathways, and as new ones grow vividly, the old ones fade away. Positive affirmations and visualizations can “reprogram” our brains.

However, we all come with a baggage. We have memories of traumas, fears, and downfalls that we have been living with for years. And they are obstacles in regaining confidence.

In my divorce recovery case, I have marital and personal relationship traumas. I might become bitter, have preconceived notions, or be in denial whenever I meet new people and face a new relationship. I now have an ambiguity toward the institution of marriage. And I no longer believe in the so-called “true love” and “soul mate.”

At this point of my recovery, I keep reminding myself that I love myself more than anything and anyone can. I also keep saying to myself that I believe in myself and no longer blame my old self for the things that happened. After all, it took two to tango.

Some common barriers to confidence are fear, worry, overthinking, procrastination, indecision, and doubt. I now fear another failed relationship and I worry that if I get involved in another serious relationship, I’d fail in other areas as well. In my past marriage, I didn’t pursue several aspirations in order to “protect” my spouse’s feelings, and it was a big mistake done to myself.

Worry and mental rumination often accompany me to sleep at night. I also delayed doing some administrative activities due to low mental energy. I was indecisive and doubted myself, in addition to blaming myself. It took me a few months to get over those thoughts.

However, I realized that I couldn’t be like that any longer. Things happened and I need to focus on the here and now. I need to develop new neuron pathways for my future.

Psychotherapist and Jesuit priest Anthony de Mello said, “There is only one cause of unhappiness: the false beliefs you have in your head, beliefs so widespread, so commonly held, that it never occurs to you to question them.”

My past beliefs about myself no longer apply. My failed marriage doesn’t define me. And I must remember this.

Psychologists often say that thoughts and feelings have little or no substance in reality, yet we are often entangled in this spiraling web. In this recovery period, I’m untangling it by challenging my mind with new, fresh, positive, and happy affirmations and visualizations.

A Silicon Valley entrepreneur Kamal Ravikant experienced a deep depression a few years ago that was caused by a failed relationship, death of a close friend, and a collapsed business. He was frozen and unable to continue with daily activities until he made a pact to himself to love himself like his life “depends” on it.

He picked himself up one day and one affirmation at a time. He recovered by changing his thoughts and creating new neural pathways in his brain.

In the e-book Love Yourself Like Your Life Depends on It he wrote, “… love yourself with the same intensity you would use to pull yourself up if you were hanging off a cliff with your fingers. As if your life depended upon it.”

At last, he reminded me of an important law of physics: darkness is the absence of light.[]

About Jennie M. Xue
Jennie is an award-winning author and columnist based in Northern California. She contributes regularly to Forbes, The Jakarta Post, KONTAN Weekly and Daily, and Travelworld Asia. Her blog is jenniexue.com. Follow her @jenniemariaxue.