One Year Later: Life After Separation 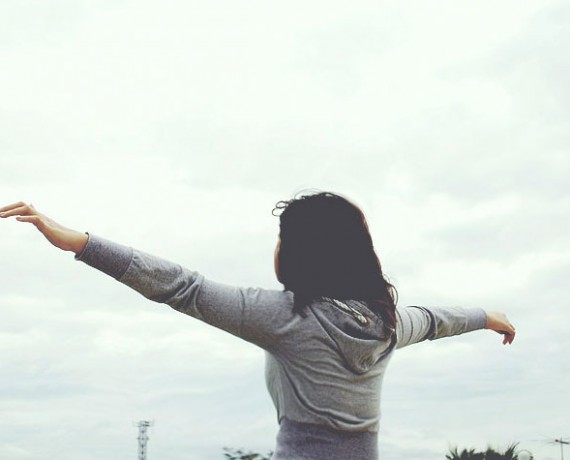 [Read directly on Magdalene.co or Rappler.com.]

On Nov. 3, 2013, my ex husband dropped a nuclear bomb. He said that he had a mistress and he was marrying her and divorcing me. On Nov. 30, we and three friends who served as witnesses met with a priest to discuss about “the next step.” We had decided that the marriage couldn’t be saved anymore and, thus, we would divorce.

Life went on since then.

In the last twelve months, I experienced a lengthy bout of depression, met old friends since childhood, traveled abroad, wrote e-books and columns, and started a new business. I kept myself busy, buried my head in works and Kindle e-books, and planned for a new future for myself.

This time around, the future will be completely mine and will not be affected by whoever joining my space shuttle as a life partner.

I learned the hard way that whatever I did for someone else didn’t matter in his decision to jump off the shuttle. If someone has made a decision to leave you, when he said “I don’t love you anymore,” there is nothing else we can do.

Must have a big heart and move on with my chin held high.

One year later, I’m doing well. Still coping and sometimes had some painful flashbacks, but life goes on and tomorrow the sun still shines and new leaves still grow. And most importantly, I have no regrets. I did what I did and hardships made me a better person.

I’m not a romantic person. I don’t romanticize incidents, I believe in a purposeful life, and I’m doing my optimized best as an individual and a human being by consistently preserving a healthy and compassionate inner life. This said, kindness, tranquility, and simplicity mean a lot to me.

One thing I am is progressive. I studied law in college (University of Indonesia Law School) and management and instructional design (Cal State U) in grad school. I also learned technical writing, journalism, fiction writing, psychology, and Internet marketing. Despite my liberal Catholic upbringing and Jesuit-Ursuline schooling, I read books on Islam, Buddhism, and other major religions. I also consider myself an effective dog trainer whose commands are respected by both cute and not-so-cute pooches.

I’m in my 40ish now, an old age of young but a young age of old. In Indonesia, where sexism and ageism are rampant, it’s not a preferred period in one’s lifetime. Yet I’m finding myself more comfortable in my own skin. And I’m ready to face any challenges the second half of my life would bring. Some things would deteriorate, but others would remain as strong or get even stronger.

After all, life is short. If you live it well, once is enough.

Perhaps I’m no longer believing in so-called “true love” anymore. But I believe that life would continue to bring us what we need the most. Because, after all, who we are determined by how we make positive impacts to the world.

One year has passed. I’m no longer mourning. Instead, I’m rejoicing the new beginning where I’m given the opportunity to be my best self again, which was missing in the past relationship. This time around, I can choose where to live, what to do, and who to cherish my life with. This time around, I will stand my ground and stand even taller whenever life throws lemons on me.

I believe in both. Life is sometimes hard and you will definitely die in the end. In between birth and death, there is life to give meaning to, and people to meet along the way.

I have accepted the fact that I failed many times in life. And one more failure shouldn’t matter, despite the gravity of a divorce.

I have loved before. I will love again. And I love myself, first and foremost. After all, I’m only human. Born to love, be loved, and be a significant part of humanity.

One year later, I’m still here. Being my old self. With new hopes and plans to fix past failures and to graduate from The University of Life with flying colors.[]

*Read Jennie’s tips on How to be a woman.