Non-Killing and International Day of Non-Violence 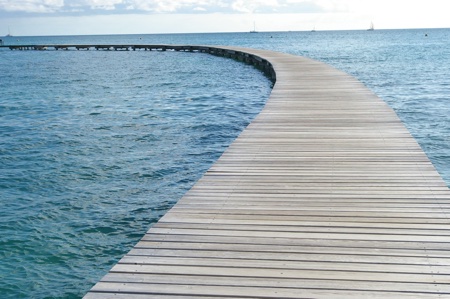 October 2nd is The International Day of Non-Violence, which is the birthday of Mohandas Karamchand “Mahatma” Gandhi (born on October 2, 1869). He was the leader of the Indian independence movement and pioneer of the philosophy and strategy of non-violence.

According to the United Nations General Assembly resolution A/RES/61/271 of 15 June 2007, the International Day is an occasion to “disseminate the message of non-violence, including through education and public awareness.” The resolution further affirms ”the universal relevance of the principle of non-violence“ and the desire ”to secure a culture of peace, tolerance, understanding and non-violence.”

Now, what is actually “peace”? Being political animals, aren’t we humans always at the tug-of-war of power? How can we prevail as peaceful groups and individuals? At last, can we actually be completely peaceful?

Today, we owe the current state of knowledge on peacebuilding to two important scholars whose thoughts, teachings, and voices have been helping to shape the world as a more peaceful place to live. Through their insights, we now better understand the notions of peace, non-violence, and non-killing and models on what to do and not do in maintaining the world’s peaceful equilibrium.

The first one is Johan Galtung (born October 24, 1930), a Norwegian sociologist and mathematician who also known as the Founder of Peace and Conflict Studies. He co-founded the Peace Research Institute Oslo in 1959 and is the first Tun Mahathir Professor of Global Peace at the International Islamic University Malaysia. He is also the founder of TRANCEND (Trancend.org), an international peace development environment network.

The second one is Glenn Durland Paige (born June 28, 1929) is a Professor Emeritus of political science at the University of Hawai‘i and Chair of the Governing Council of the Center for Global Nonkilling (NonKilling.org), which is an international non-profit organization focused on the promotion of change toward the measurable goal of a killing-free world. He is known for pioneering the concept of nonkilling.

Now let’s test our understanding on what peace is.

If you guessed that “peace is the absence of conflict,” you’re wrong. According to Galtung, peace is the absence of violence. Conflicts of various forms and causes will always remain in human civilization. As long as they’re not violent in nature, we can manage with dialogues, therapies, and other alternatives.

Galtung added that peace is more than just about security, it’s also about relations among parties. While the security model is still popular especially among states, the relations model should be able to further prevent, diagnose, and provide treatment to conflict with these frameworks: nature (us and around us), culture (values and norms), and structure (institutions and sanctions).

Non-killing is a specific part of non-violence (ahimsa), both of which are antitheses of what political theorists and philosophers posited, like Thomas Hobbes’ fear of violent death, John Locke’s citizens’ rights to use violence to resist government, Max Weber’s notion of politics as a violent human activity, and Rousseau’s notion of social contract that permits government to use violence toward citizens.

For human beings to form communities, including nations, killings aren’t necessary and can be abolished. After all, biologists, historians, and statisticians attested that most human beings aren’t killers. Only a handful of people have ever killed fellow humans in their lives.

Now, as individuals, how can you take part in peacebuilding?

Start with yourself. What you think, feel, say, and act must be in alignment with positivity and peaceful innerself. Reframe your thoughts, be mindful of what you’re saying, feeling, and thinking.

It takes three positive thoughts to get rid of one negative, according to Psychology Professor of University of North Carolina at Chapel Hill Barbara Fredrickson in her book “Positivity: Top-Notch Research Reveals the 3-to–1 Ratio That Will Change Your Life.” And make sure to make it a habit. Charles Duhigg the author of “The Power of Habits” posited that it takes at least 21 days to change or make something a habit.

In Australia, Geelong Grammar School has adopted the so-called “positive education,” where students are taught to adopting positive thinking frameworks, being engaged in creating a positive “flow” state of doing activity, and writing a gratefulness list. The Positive Psychology Center at the University of Pennsylvania, under the guidance of Professor Martin Seligman, has been training positive education to US and UK educators.

Positive individuals create positive groups, which are crucial in sustaining peace with non-violence, particularly non-killing. At last, Gandhi said, ”Non-violence is the greatest force at the disposal of mankind. It is mightier than the mightiest weapon of destruction devised by the ingenuity of man.”[]

Jennie M. Xue is an award-winning author and columnist based in Northern California.