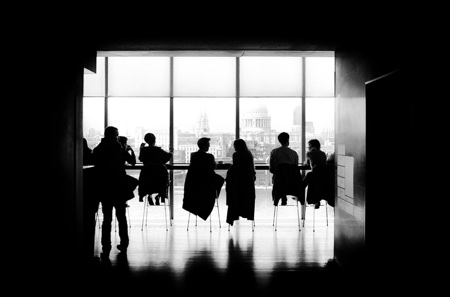 Employment engagement is an important factor in business, and positive engagement can improve productivity (while negative engagement can hurt it). In which countries are staff most engaged? In the U.S. and Canada, according to research from Gallup. On the other hand, employees in Europe, Asia and Africa are less engaged. And those in Africa (excluding South Africa) are by far the most disengaged.

First, decision makers, including managers, directors, and government officials, must be aware of employee engagement that affects performance both in quality and quantity. Ideally, employee engagement is carefully analyzed to locate areas needing improvement. Remember this ratio: a 10% improvement in commitment increases employee effort by 6%, and every 6% increase in effort increases performance by 2%, according to the U.S. advisory firm Corporate Executive Board.

So what are the things that engage staff? First it is their relationship with the leader, which can be boiled down into four areas: 1) communication, 2) growth and development, 3) recognition and appreciation, and 4) trust and confidence. Then how can executives induce more meaningful participation from the staff? One idea is to change the culture by making it more engaging with motivating tactics.

One tactic is including gamification to make the boring fun, such as using points, rewards and badges to mark milestones. Just like playing computer or videogames, a task can be done in an exciting and engaging way. And for computerized tasks, gamification is even more convenient and highly measurable, which can distinctively record performance quantitatively.

Gamification has been helping organizations to increase user engagement by 47%, brand loyalty 22%, brand awareness 15%, motivation 9%, and employee training 7%, according to M2 Research. In conclusion, Indonesia’s productivity must be increased for the people to enjoy a significant improvement in quality of life of a modern society. Workers must be engaged in development, and one of the tactics is gamification.[]