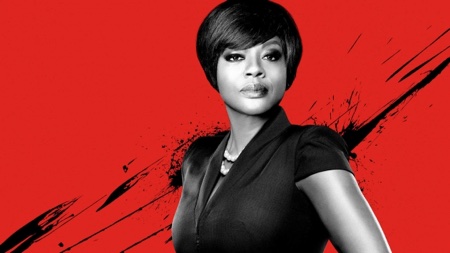 I’m one of ten million viewers who watch How to Get Away with Murder TV series on a US television network. Viola Davis plays Professor Annalise Keating, who is a lecturer of Criminal Law at the fictional Middleton University.

In one of the scenes, Annalise removes all her makeup with a sheet of moist makeup removal tissue, fake eyelashes, and straight-hair wig. She transforms from a glamorous and ultra-confident criminal attorney to a fragile private woman with sadness and insecurity about her life. That scene has been crowned as one of the most memorable television scenes of all time.

We all have an intense moment when our public life collides with the private one. Whenever I’m in that moment, Viola reminds me to keep calm and carry on.

The society expects women to be poised and helpful. But sometimes we have to be firm, decisive, and fearless. We take off our wig and swap our demure smile with a stern demeanor.

Because life, after all, isn’t always rosy. Yet we need to keep ourselves empowered and allow nothing to chip our best away.

Many feminists are more concerned about external empowerment, while neglecting internal empowerment. We need to be both Annalise the professor-cum-attorney and the default woman in her home without any makeup. We need to feel at ease with who we are in public and in private.

You’re experiencing external empowerment when you can enjoy the freedom to be yourself in public. You can do whatever you want, achieve as high as you can fly, and enjoy all the admiration. But when you’re all by yourself, are you internally empowered?

Even successful and glamorous women take off their facade when they are alone. How they feel about themselves might not be public, but most likely they are just like us. Imperfect. Sometimes scared about uncertainty.

I’d love to see more women and girls getting more empowered internally, instead of externally. Because, whenever the whole world turns its back on us, we are what we make of ourselves.

Learn to empower yourself well, even when there is no one else around. You should feel sufficient with yourself, how you look, how much money you make, and how intelligent you are. You should feel all right all alone and be independent from others’ company. You should feel that you can go anywhere by yourself with two pieces of luggage, a laptop and a smartphone.

You should feel good when you’re admired by others and when there is only yourself around. Internal empowerment requires feeling good about yourself and your surroundings. And there are certain parts of the past that you can’t change, but you can always influence how today ends and tomorrow starts.

If you have a daughter, do her a favor. Prepare her to face the world bravely, with others and all by herself. A community is a good support system, but she is her own true best friend who wouldn’t leave her until the end of time.

I was raised an only child, which explains many things, like not minding being alone and doing things independently without the help of any helpers. I love experimenting with cooking and doing research on various interesting topics. Most importantly, I’ve been trained to make many decisions by myself.

Being decisive courageously is a skill that can be learned. And it’s one of the most valuable skills an empowered woman can have. But how?

Second, culture and certain customs play an important part in our decision-making process, but some of them are already obsolete and unreasonable. Make a decision within the current-day context. Not when old customs were formed.

Third, what you think about yourself is more important than what others think of you. If you are at peace with this, nothing can shake your confidence and future.

Be an empowered woman and person, both externally and internally. It doesn’t cost a lot of money to live with an abundant of confidence. With courage, you can make the world a better place, at least from your viewpoint.[]