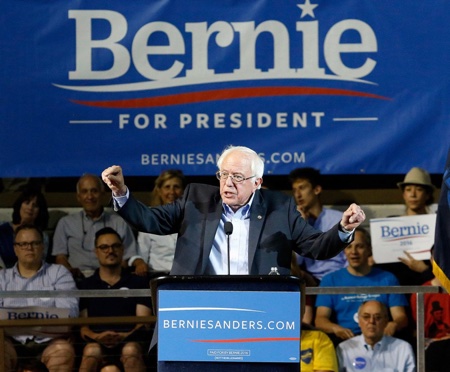 It’s time of every four years again. This year, Americans vote for their new president. The first caucus has been done in Iowa on February 1st, 2016.

Expectedly, pundits have been commenting on its relevancy today, whether a caucus’ result is reliable, and why Iowa is or isn’t a suitable place for the event, in addition to debating on which candidates would be the best ones to represent both parties as “nominees.”

Before attempting to answer those questions, let’s understand what caucuses and primaries are and the schedule of 2016 US Presidential Election.

First things first, before Americans can vote for their new president out of the two candidates of Republican and Democrat parties, which will be announced at Conventions, the people need to select their available candidates through caucuses and primaries.

At conventions, the two parties will announce who the presidential candidates are, which the people can vote for on Election Day November 8th.

Both caucuses and primaries are methods to select candidates that will be representing both parties.

Caucuses are known as the oldest method of selecting candidate, which are actually local meetings of party members occurring in precincts or counties that are conducted in high school gyms, townhalls, and other public places. Primaries are done with secret ballots in polling places, like in general elections.

In a “caucus,” party members gather to vote and discuss party issues. They give out speeches and talk to caucus attendants who aren’t undecided on which candidate to vote. So, a “caucus” is quite crowded since most people are talking to each other, thus has less privacy and quite prone to strong influences on the spot. Social commentators have been criticizing the lack of privacy and confidentiality of caucuses.

In a “primary,” where voting takes place with secret ballots in polling places, confidentiality and secrecy are expected. In both open and closed primaries, primary goers can select with more privacy than in a caucus.

Caucuses are also often criticized for being more time consuming, which involve less participation from the less politically-active individuals. On the other hand, since primaries are more confidential and have longer voting window, more people can participate. Thus, some social commentators believe that primaries are more fair and reliable.

Second, a state chooses between conducting caucuses or primaries. So, most states only conduct caucuses and others only primaries.  However, there are exceptions. Several states have both. Here is the schedule

On July 18 to 21, Republican National Convention will take place in Cleveland, Ohio and Democratic National Convention will take place in Philadelphia, Pennsylvania on 25-28 July. With two final presidential candidates from both parties elected, the first presidential debate is set for September 26 in Dayton, Ohio and the second on October 9 in St. Louis, Missouri. The final debate will be on October 19 in Las Vegas, Nevada. And this year’s Election Date is on November 8.

Third, let’s answer why the state of Iowa is chosen as the first state that conducts the first official electoral event. For your information, those Republican and Democrat debates of candidates on TV aren’t “official” event (yet).

The state of Iowa is located at the center of USA (Central Midwestern). Despite its population structure, which is not so unique —predominantly white and work in agriculture sector. It’s a “swing” state and has a unique culture.

According to historian Michael Rank in his book How Iowa Conquered the World: The History of a Small Farm State’s Journey to Global Dominance, Iowans are influential in various sectors due to culture of high work ethics, excellent education where even isolated farm children are literate and professionally competent, like Ronald Reagan (radio presenter turned Hollywood actor and president), Norman Borlaug (crop genetics scientist), and Robert Noyce (Intel founder). I can safely say that the Iowan spirit is probably a good representation of what being an American is, in addition to being Midwestern American.

Interestingly, most political pundits and commentators agreed that Iowa isn’t important so it’s the first. Instead, it’s the first, so it’s important. When in 1976 Jimmy Carter became president after having Iowa as the first caucus state, suddenly Iowa became an important state politically.

Jennie M. Xue is an award-winning author and columnist based in Northern California. She is the founder of several Silicon Valley-based businesses.