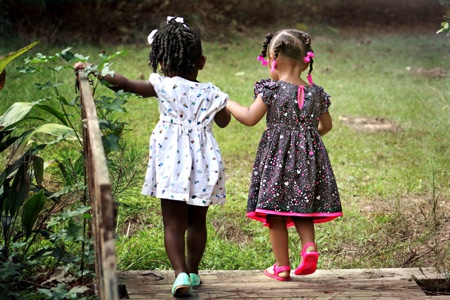 UNESCO proclaimed Nov. 16 International Tolerance Day in 1995 to generate public awareness of the dangers of intolerance. As a triple minority in Indonesia and an Asian female immigrant in the US, I know first-hand how it feels being subjected to discrimination, harassment, intolerance, marginalization and exclusion.

Indonesia prides itself as a multiethnic tolerant society. Is this just a romantic idea or a fact? How can we ensure that the future is safe for our children?

Raising awareness on what tolerance and intolerance are and how they affect us as a person and a group is the first step toward a tolerant society. “Indonesia is a tolerant country” is a nice sentiment, but it is not something given. It requires persistence and hard work to maintain and it must involve unlearning and relearning certain things to ensure succession in future generations.

Early on, I familiarized myself with the various forms of intolerance, discrimination, prejudice and bullying. This proves to be a valuable survival skill wherever I go. Of course, social scientists argue that race, ethnicity, religion and nationality are human creations.

However, the effects of those “creations” are real and those who are ignorant tend to make a big deal of differences.

It is common knowledge that “majority” and “minority” are political terms designed to structure a society for the benefit of those in power.

I do not choose to call myself a minority and I have numerous times rejected this notion and label. Nonetheless, we must remember to humbly acknowledge the damage that those labels are causing, thereby affecting our children — who grow up to become adult citizens and leaders. We cannot rid intolerance just by saying to ourselves that “majority and minority concepts are merely human creation” and walk away.

Think how deep a minority label may sink into the psyche of an elementary school student and how it would shape him or her.

Being raised in a culture that discredits a minority and being called derogatory names, would program a child’s mind into the so-called learned helplessness condition, which is a dangerous thing.

This learned helplessness explains why many bullied and discriminated minority individuals prefer to pretend that everything is fine and rosy, while what they have been experiencing is totally unacceptable. There are, of course, exceptions, like the governor of Jakarta, Basuki “Ahok” Tjahaja Purnama and author and human rights activist Soe Tjen Marching, who embrace their “minority-ness” wholeheartedly. These resilient individuals are the antithesis of learned helplessness, whose ideas of humanity, justice, fairness, and tolerance are universal and fearless.

Indonesia prides itself as a multiethnic tolerant society. Is this just a romantic idea or a fact?

University of Pennsylvania Psychology professor Martin Seligman described learned helplessness as behavior typical of a person (or an organism for non-humans) that had endured repeated painful or otherwise aversive stimuli that it was unable to escape or avoid. Seligman further explained that after experiencing it, a person usually failed to learn how to escape similar circumstances. In the end, the person would give up trying due to the false belief of helplessness.

This theory posited that various psychological conditions may stem from real or perceived absence of control over the outcome of a situation. Minority individuals must unlearn helplessness and relearn fearlessness, like Ahok and Soe Tjen, so they can live a full and meaningful life without being burdened by hurtful labels.

The question is: How?

First things first, we all need to be aware of discriminatory words, actions and policies. Discrimination and intolerance occur at a personal, group and national level as they may look quite harmless.

By having such awareness, we can start making changes to how we think, which later would influence our choices, actions and how we carry ourselves.

For instance, in Indonesia, many tourist attractions discriminate foreigners from locals, like at Kebon Raya Bogor and Tangkuban Perahu.

The ticket price for a foreigner is higher than a local. This may look quite harmless, but it is a clear sign of discrimination.

People could write to the management of these attractions and request equality. On a personal level, whenever you feel discriminated against, speak up politely and explain that it is offensive.

For the majority in Indonesia, being tolerant is more than believing that “Indonesia is a tolerant country.” You must embrace all minorities as your own, not in spite of, but especially because our differences. You must learn new beneficial things empathically and unlearn things that are harmful to others.

The writer is an award-winning author and columnist based in Northern California.