Indonesia among the Worst Mercantilists? 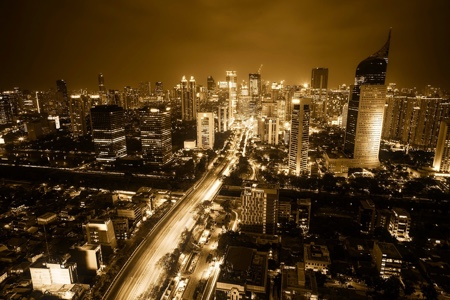 According to the Information Technology and Innovation Foundation based in Washington, DC, Indonesia is among the countries that turn to “innovation mercantilism”, which is a strategy imposing protectionist and tradedistorting policies. The thing is, while it may sound favorable for Indonesia in the short-term, it can be quite damaging to both the country and overall global innovation and productivity.

The idea of mercantilism itself is noble: a country can increase its citizens’ prosperity by running a favorable balance of trade. Adam Smith first coined the term “mercantile system” to describe a system in which the political economy is designed to enrich the country by limiting imports and increasing exports.

This idea further influenced international trade policies in Europe from the 16th to the 18th centuries. In 2016, according to ITIF, in addition to Indonesia, countries that were notorious for its mercantilism included: China, Russia, Turkey, Vietnam and Germany.

On March 31 last year, Indonesia’s Communications and Information Ministry issued Circular Letter No. 3, which notifies companies about new regulations for OTT services, such as requirements for forced data localization and the need for foreign OTT firms to establish a permanent office in Indonesia as a condition of market entry. In other words, it would be impossible for foreign OTT content providers to receive online traffic from Indonesia without being blocked unless they have an office in Indonesia and store their data locally.

Later on Aug. 28 Indonesia introduced an amendment to its Patent Law that includes vague and potentially expansive compulsory licensing that would undermine pharmaceutical intellectual property. It could be misused to force foreign companies to produce locally and transfer their technology and intellectual property.

By “compulsory licenses”, it refers to when a government permits another party to produce a patented product without the consent of the patent owner. It should not be used as industrial policy, for the repercussions can be tremendous, not only economically but also humanistically.

The arguments for opposing the above mercantilist policies in Indonesia are two-fold.

By limiting data storage in Indonesia, innovators’ choices for the most reliable and the most suitable technology are also limited. With Indonesia’s technology infrastructure still maturing, it would be unfair to both domestic and foreign innovators based in Indonesia and globally, as they cannot grow as fast as their competitors that are based in countries with better internet infrastructure.

Enforcing a patent law amendment that includes “compulsory licenses” can be misused to limit advanced research and development, including replacing imports of high-quality and rare raw materials from overseas. It also includes “increased meaningful benefit” criterion that would prevent innovations that build upon prior knowledge for new treatments, dosages and delivery mechanisms.

The fate of many people’s lives is directly impacted by mercantilism or lack of it. How Indonesia’s mercantilism would affect the global innovativeness remains to be seen.