How to Recognize Marital Abuse before It Happens 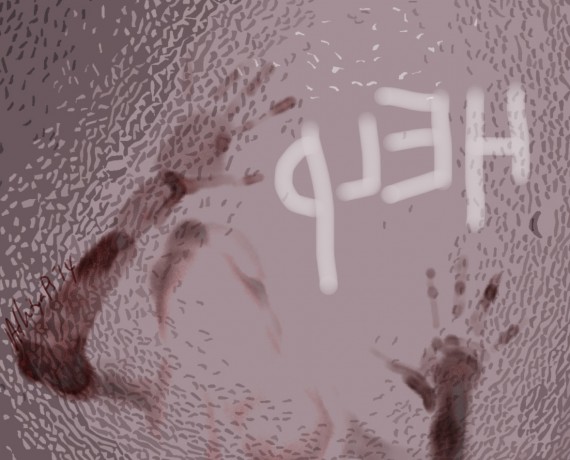 Throughout the history of humankind, women have been abused in marriages. Abuses come in many forms, the easiest to discern is the physical, known popularly as “domestic violence.” Other types of marital abuse include emotional and psychological, which are likely verbal and behavioral. These two are harder to recognize and don’t leave any physical marks.

The recent case of NFL player Ray Rice who hit his (then) fiancee Janay Palmer in an elevator went viral on YouTube. One month after the incident, the couple wed and the (now) wife voiced her dislike of the incident’s media coverage. The abuse victim now defends the abuser. This is common among victims who are deeply in love with their abusers.

“I woke up this morning feeling like I had a horrible nightmare, feeling like I’m mourning the death of my closest friend,” Palmer wrote on her Instagram account shortly after the video went public.

“But to have to accept the fact that it’s reality is a nightmare in itself. No one knows the pain that the media and unwanted options from the public has caused my family. To make us relive a moment in our lives that we regret every day is a horrible thing. To take something away from the man I love that he has worked his ass off for all his life just to gain ratings is a horrific [sic]. THIS IS OUR LIFE! What don’t you all get. If your intentions were to hurt us, embarrass us, make us feel alone, take all happiness away, you’ve succeeded on so many levels. Just know we will continue to grow & show the world what real love is! Ravensnation we love you!”

In another case, Oscar Pistorius, a South African Olympic and Paralympic track star was convicted last week of culpable homicide or manslaughter of his girlfriend, Reeva Steenkam. The sentence will be announced next month, but the punishment runs anywhere between a suspended sentence or house arrest to 15-year imprisonment, light indeed for a murderer in what appeared to be a case of domestic violence went really wrong.

Women need to empower themselves with skills, knowledge, and information in making the right choices, because we are the most vigilant protectors of ourselves, not other partners or spouses. Any preconceived notion that a woman is “weak” and must “surrender” to a man must be wiped out from our mind.

“Violence” is more than physical. When someone hits, kicks, punches, and pinches you, and pulls your hair, he is definitely a violent person and you’re being victimized. When someone calls you names and hurts you verbally and plays tricks with your mind with imposed feelings of guilt, you’re also being victimized. Emotionally, mentally, psychologically.

When someone is playing “tricks” on you with unkept promises or other behavioral “tricks” such as lying excessively and portraying himself as better, smarter, and richer than he actually is, you’re also being victimized. Recognize the spectrum of “victimization” from being the most evident (physical) to being the least evident (emotional, mental, and psychological).

I’m using the term “victim” and “victimized” here in a neutral and objective tone for clarity purpose, not to discredit or undermine you. In a relationship between two individuals, when one of them is manipulative toward the other, then he is being “dominant” in an unhealthy way and victimizing the other person.

Of course, a “victim” can be a “survivor” right from the beginning. And I want you to have this kind of mentality in facing a marital abuse, which is the most extreme form of strain in a personal relationship.

So when any party doesn’t reflect love, care, and respect toward the other, the marriage is strained. Interestingly, most people do not take words seriously. They often say, “He didn’t mean it”, or  “she meant well actually, but she was stressed out and said those bad words”, when it should really raise the alarm.

To be objective, you need to observe the behavior patterns and the strains caused.

Prior to getting married, you might not be able to identify symptoms and behaviors of an abuser, as you might be so “head over heels” over the notion of “falling in love.” But, if you observe objectively, you’d be able to note some recurring patterns.

Does he swear easily? Does he turn violent over small things? Is he easily irritated? Does he lie and get caught? Does he deny his lies? Was he bullied as a child by siblings and schoolmates?

Does he have other bad habits? If he is a gambler, an alcoholic, a junkie, a womanizer, or a temperamental man, it is advised that you don’t try to “change” him. The effort isn’t worth your time and energy. Move on to the next guy in your dating waiting list.

Another way to “predict” a man’s abusive tendency is by understanding his childhood, past traumatic experiences, and psychological profile.

Visit his parents’ house and converse with them. Observe whether the mother or the father is dominant and how she or he treats the spouse. Pay attention to the “hierarchy” in the family. Is it democratic or rank-conscious? Do the parents rule with iron fists or with loving and tender words?

How a child was raised determines his or her concept of what constitutes a “family.” A man with dominant father and submissive mother is likely to have “domination” issue with his wife or girlfriend. This, of course, is not written in stone, but it is known tendency.

Whenever possible, make a thorough psychological profile. What you’re looking for are symptoms and unique behaviors of certain personality and psychological disorders. Someone with a “personality disorder” may function under different social values than most people.

For instance, they may have different priorities in life, which are likely to be based on their egocentrism instead of rational thinking. It is bright red flag whenever your partner isn’t prioritizing properly.

In extreme cases, these individuals are called “sociopaths.” A sociopath has difficulties organizing emotions and may live on different value system than the majority of population. A sociopath can be manipulative, deceptive, and violent. However, most of them look normal and are even quite charming.

How does a “sociopath” look? Mostly innocent, good-hearted, charming and has sex appeal. However, under that handsome facade, a sociopath doesn’t have empathy and guilt like other people.

The point I’m making in identifying a marital abuser is to help you protect yourself. If you think a dominant man is normal, don’t let it fool you. You must be able to distinguish “normal domination” from a person who is being self-serving. In Asian culture, male domination is expected, which is dangerous because self-serving interests are often considered “normal.”

I have encountered several men with this tendency. They are self-centered and don’t have any love and compassion toward others, even though they project themselves as loving, compassionate, and helpful. Most of them are good with their words, smooth talkers, and charming, and with excellent (if not impressive) body language.

Sociopaths also never apologize or when they do, they offer “fake apology” and attack others to make them feel guilty. A sociopath’s world revolves around himself. He is also good with creating grand illusions, making him the center of attention. He is likely to “defend his honor” instead of “losing face” by attacking others and by making them feel guilty for having doubted his honesty.

Men (and women) with personality and psychological disorders are more common than you think. Your friend, sibling, partner, or spouse may even have such a disorder without you even realizing. Those with Dyslexia and Attention Deficit and Hyperactivity Disorder (ADHD) can look and function quite well in society, but they can cause some issues with their spouse or partner.

As an example, a man with Dyslexia who was raised in a father-dominant household may not accept his frequent “slip of the tongue” when talking to others. He might feel embarrassed, so he tries to compensate it by looking smarter, richer and grander than he actually is. Overtime, his behaviors corrode the relationship.

I’m not saying that all men with disorders end up being abusive. Many variables are at play, but we need to be vigilant in protecting ourselves from future victimization.

Most importantly, protect yourself well, be an informed person and trust objective observations.

About Jennie M. Xue
Jennie is an award-winning author and columnist based in Northern California. She contributes regularly to Forbes, The Jakarta Post, KONTAN Weekly and Daily, and Travelworld Asia. Her blog is jenniexue.com. Follow her @jenniemariaxue.