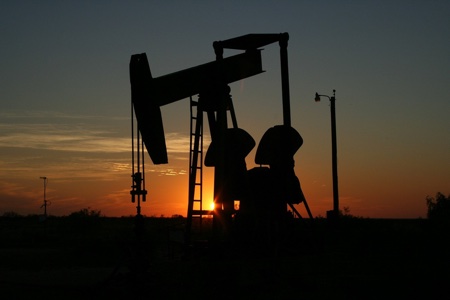 Oil has lost half of its value since last June. Has the price reached rock bottom? How low is it going to be? The U.S. has become the largest oil producing country with 14 million barrels total daily production of crude oil and other byproducts. Crude oil alone is 8.9 to 9.5 million barrels total daily production. Yes, the USA is now the world’s largest oil producer. No longer Saudi Arabia. It’s an increase of 65% since 2010, thanks to the latest technologies in fracking and horizontal drilling. With Libya rebounding and Iraq in peak oil production in the last 40 years, the whole world is flooded with cheap oil.

Before, when oil-drilling technologies were less sophisticated, extracting oil from minerals and rocks was impossible. With shale-oil technologies, it’s now possible to extract and produce oil with more ease, despite the higher cost. The longer time in reaching ROI would mean oil companies would maintain stable production so they can cover the fixed costs and reach scalability, until the price goes up.

Such a sudden spike of oil supply has brought down prices, which member countries of OPEC didn’t find favorable. To date, OPEC members produce a total of 34.5 million barrels per day, with Saudi Arabia as the largest producer within the cartel.

However, the lower energy costs provide a strong stimulus to U.S. economy, while at the same time creating anxiety in the global economy. Oil boomtown cities in North Dakota and Alaska, for instance, are reaping the financial benefits. As of the writing of this article, oil price hasn’t hit rock bottom, so we can expect to see more volatility.

How long the supply of cheap oil is going to continue depends on various factors. First, how long it takes to reach U.S.-based shale-oil producers’ ROI, which would determine their timing to slow down the production. The U.S. isn’t a member of OPEC, thus it is free to determine its own destiny and objectives.

Second, OPEC’s level of production is largely affected by the political stability in the Middle East. Libya is now more stable, which explains the increased production. Iraq has also pumped up production. Thus, will OPEC countries slow down their pumping?

Unlikely. In 1980s, Saudi Arabia attempted to increase oil price by cutting production, but instead of lowering the price, they hurt their own economy.

Third, the state of global economy. China, Japan, and Europe are slowing down considerably, so it is unlikely that oil consumption will be as large as before. However, once the global economy revives, we can expect to see increased oil use and higher oil prices. Barring some unexpected incident, it should be safe to assume that oil prices may be rebound by the middle of the year.[]

Jennie M. Xue is a globalization observer, award-winning author, and entrepreneur based in Northern California. She is a regular contributor to numerous publications worldwide. Her works can be found at JennieXue.com.