How Blockchain is Changing the Business World 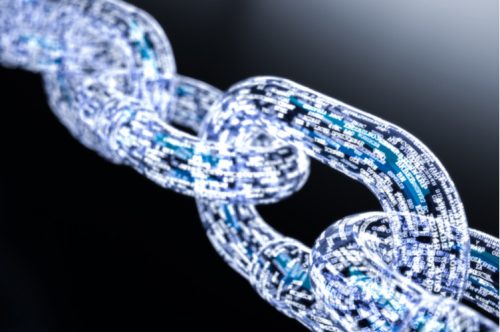 Last August, I had the opportunity to assist Suicide Ventures, a Moscow-based early fund, which is investing in various blockchain-based and cryptocurrency projects. While doing that, I’ve come to learn how blockchain technology could affect the future of business and world’s governance.

The blockchain technology is a decentralized public registry consisting of blocks, which are linked securely with cryptography. Each block includes incorruptible data linked from the previous block with a timestamp and transaction information. By design, the blockchain can’t be modified or deleted, thus allowing it to be permanently unique.

Thus, this technology is ideal for securing any transaction or asset, such as land titles, credit cards, money transfers, contracts, medical records, votes, insurance certificates, and others. Due to its design, it automatically provides security against piracy and hacking. Both in the private and public sectors, blockchain technology has the potential to change how business is done, as it would exponentially increase the trust factor in doing business, which is why it is called the Trust Protocol.

The blockchain technology was a response to the 2008 Great Recession, which was caused by the corrupt banking system. An anonymous programmer using the pseudonym Satoshi Nakamoto developed the first blockchain in 2008 as a core component of Bitcoin digital currency. Later on, the blockchain has proven to be invaluable in other areas.

The technology itself is an open source, meaning anyone can use it to code for developing various blockchain-based cryptocurrencies and online applications. According to CoinMarketCap.com, today there are at least 1,034 cryptocurrencies, with Bitcoin, Ethereum, Ripple, Bitcoin Cash and Litecoin as the top five. These cryptocurrencies are typically released through Initial Coin Offerings (ICO)—like an IPO for stock but for a cryptocurrency. Moreover, there are numerous apps that have been successfully launched, such as money transfer services Abra, Fold, and Circle.

Early adopters of the blockchain technology are already in public use, such as the following business applications.

Bitcoin as the pioneer of the blockchain technology itself has started to receive legal status. Russia, for instance, will be regulating bitcoin in 2018 by placing it in the “asset” category, not as a currency. Canada was the first country that legalized Bitcoin ATMs, but doesn’t see it as legal tender and Bitcoin is regulated under anti-money laundering and counter-terrorist financing laws.

In Australia, Bitcoin will be taxed and regulated to prevent money laundering and terrorist financing. In the U.S., the Treasury classified Bitcoin as a convertible decentralized virtual currency in 2013, and the IRS considers virtual currency as property for federal taxation. In Germany and UK, Bitcoin is legal for taxation and is considered “private money.”

The Netherlands is one of the most Bitcoin-friendly countries, with Bitcoin being used to make purchases such as gas to dental services, despite the lack of regulation under the Netherlands Financial Supervision Act. In conclusion, both Bitcoin and blockchain technology is gaining more acceptance. The world is undergoing a “blockchain revolution,” which is still in early stages.[]