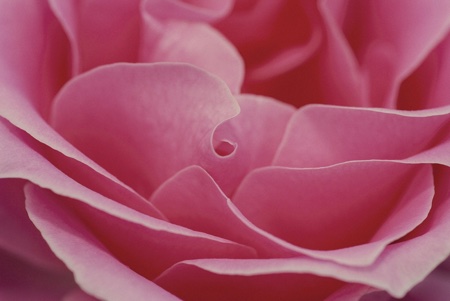 The world has progressed to becoming more creative and women-friendly. Today, more women than men graduated from college and are working in the workplace. More than ever, single women are buying properties under their own names and with their own money. And this occurs in many parts of the world, not only in the United States and Europe, but also in Asia, Pacific and Africa.

But at the same token, women aren’t making it to the top of the ladder. Women only make up nine heads of state out of 190 countries, 13 percent of members of parliament in the world, 15 to 17 percent C-level executives, and 20 percent NGO leaders. It’s safe to conclude then that although in quantity more women are doing more and better things, not many have reached top leadership.

Nonetheless, women have come a long way from what Betty Friedan described in The Feminine Mystique in 1960s that a woman’s role had been misinterpreted merely to be a wife, mother, and housewife. She wrote, “The mystique is an artificial idea of femininity that says having a career and/or fulfilling one’s individual potential somehow go against women’s pre-ordained role.” And for a woman to do other than in this domain isn’t “feminine.”

Friedan’s view was in opposition to Sigmund Freud’s. Freud posited that women have opposed change, received passively, and added nothing of their own as written in a paper entitled “The Psychical Consequences of the Anatomic Distinction Between the Sexes.”

Freud’s view was widely accepted at that time. Thanks to his highly praised theories, his patriarchal viewpoint, which was cloaked in “phallic envy” hypothesis, the theory wasn’t much contested at that time. He even admitted that he actually had little understanding of the female gender.

Women today have definitely passed both “Freudian” and “Friedan” periods. We’re in “Sandbergian” period, a term coined to applaud Sheryl Sandberg’s great job in showing us the strength of female leadership in Lean In: Women, Work, and the Will to Lead. Today is also an “Amorusan” period, thanks to Sophia Amoruso’s strong female entrepreneurship that she shared with us in #Girlboss.

First and foremost, today, women have regained the courage to make a difference in their own and others’ lives. Courage, after all, is the mother of all virtues and traits. With it, other virtues and traits can be achieved. Women have shed the veil of “feminine mystique” and been bold enough to show their courage and strength.

However, judging from the leadership data, women only make up a tiny part of the overall numbers. There is a reason behind this. And it’s not because women aren’t incapable to lead or a lesser leader than men. For one, when women show a strong leadership, they are often considered bossy, because leadership is seen as a masculine trait. But this should never be the case.

Sophia Amoruso in her book #Girlboss didn’t mind being called “bossy.” She embraced this term and turned it into something fun and witty. Amoruso showed the world that it’s time to remove any stigma for being called a “boss.” After all, a “girl boss” is an earned designation. Denis Thatcher, for instance, called Margaret Thatcher “boss lady” with a lot of love and humor. Perhaps it’s time to be less sensitive about being called a boss? Take it as a compliment and not an insult.

Again, only those who are comfortable enough to show their true colors are likely to adopt this strengths-based leadership, because it requires both courage and discernment. You’d need to discern what constitute your strengths, weaknesses, good performances, and bad performances. Clarity is mandatory, not optional. Being comfortable in your own skin is expected.

Girl power is alive and kicking. Feminine mystique is dead.[]