Getting in Touch with Your Dream and Realizing It 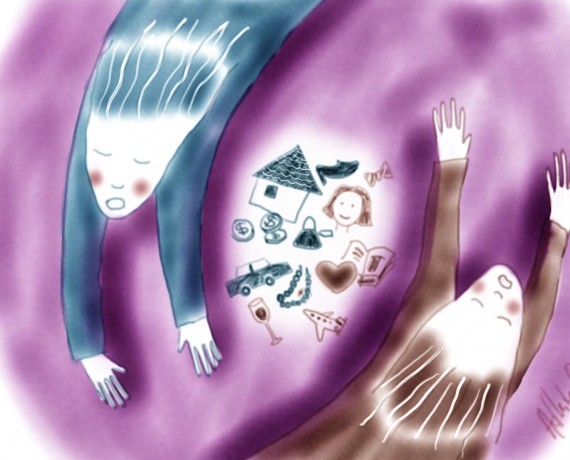 When you don’t know what you want to do in life, the whole world would seem confusing. But it actually isn’t. You just don’t realize what you have known all along.

First things first, we must acknowledge that there is no simple nor a uniform definition of “success.” The most popular definition is financial success, so those who are financially wealthy are considered “more successful” in society.

Modern philosopher Alain de Botton, the founder of The School of Life, in his book The Architecture of Happiness said, “The interesting thing about success is that our ideas about what it would mean to live successfully are not our own.” In short, you have the prerogative to make a new definition and have it revised from time to time.

I personally believe that once we’ve reached our best optimized self, financial wealth would pour in as the favorable consequences. It may sound like a cliché, but it’s the way it is. What matters more than being successful financially is realizing who you are all along. This is the real “ticket” that would take you anywhere you want to go.

You don’t become a kangaroo just by jumping around, hence “faking it till you make it.” You become a kangaroo because you already are. And for some people, it would take more than a mirror to see what they truly are and what they really love to do. For them, it requires trying and testing repeatedly.

Throughout history, successful individuals have been those who were the most responsive to the environment, the needs of the society, and needs of self.

When you don’t know what your dream is, what you want to do in life, and who to become, search no more. You’re a creature with a built-in capacity to adapt to your environment and its necessities. You even inspired yourself, which was how those ancient inventors, explorers, and philosophers got themselves motivated to wake up in the morning and try their hypotheses until miracles, truths or mirages emerged.

One trait that distinguished them from the rest of the pack was being responsive. Throughout history, successful individuals have been those who were the most responsive to the environment, the needs of the society, and needs of self. They don’t sit still and wish upon a falling star. Instead, they become their own star. A rising one.

Be active, proactive, and reach out to people near and far. Ideas would mean nothing if you don’t do anything about them. An idea would mean something after it is turned into something. For this, you must turn knowledge into understanding and understanding into execution.

The only difference between a “successful” individual and a “not-so-successful” one is that the former has something to show to the world. They have a positive legacy for the world. And it oftentimes is what they already are – the good, the bad, the shine and the flaws.

And those who are “not-so-successful” are those without anything to show to the world. I’m not taking about money. It’s your contribution to the world. As long as you do no harm to others, you’re good. If you add value to the world and humanity, you’re awesome.

At last, famous author Tyler Ward said, “Many of you are being driven by another person’s version of success and missing the unique existence that only you were meant to live.” So, when you don’t know what your dream is and what you want to do in life, assign yourself a small task to accomplish. Whatever it is. And start from there. A small victory achieved sincerely means more than a large one assigned by others.

Because, after all, most people already have built-in life purposes in themselves and being active and proactive is the only way for them to reveal themselves in time.[]