Dispelling the Beauty Myth on the Day of the Girl Child 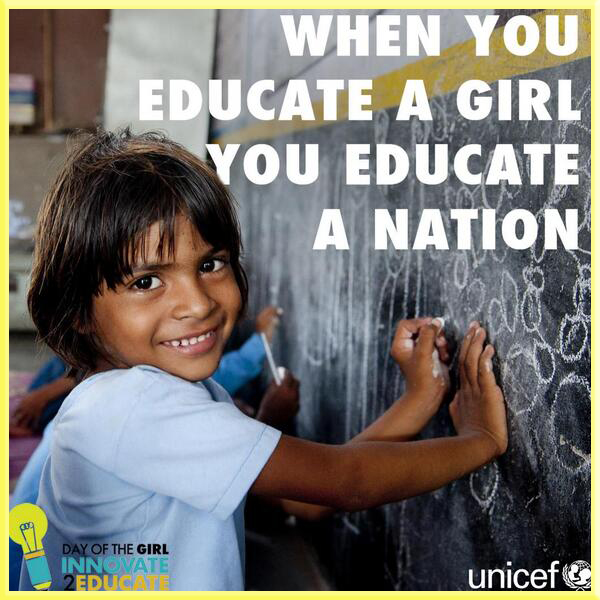 Note: October 11th is the International Day of the Girl Child

[Below is the author’s unedited version.]

In 2011, the United Nations General Assembly declared that every October 11th is the international day of the girl child. It’s a more specific day than any other day that celebrates the female genders, for it refers to young females (from birth to young adulthood).

Why do we need to pay attention to girl children? What can we do to ensure better lives for girls and women now and in the future? What can you do as an individual to take part in this important journey?

However, we have just started. More things need to be done.

The male culture of sexualizing underage girls occur worldwide. It’s evident that beauty is the most important commodity that makes the world go round. Capitalism relies heavily on sexualized girl images to make money. All around us, images and sounds of young females illustrate various media. It’s as if a woman’s value depends on how good she looks, her age, and her ability to bear children.

In her book The Beauty Myth, American feminist and activist Naomi Wolf wrote, “There is no legitimate historical or biological justification for the beauty myth; what it is doing to women today is a result of nothing more exalted than the need of today’s power structure, economy, and culture to mount a counteroffensive against women.”

First things first, a girl must be protected from bodily harm against her wish. She must be able to enjoy her body in the most natural form until reaching adulthood. It’s her basic human right.

Among other things, this means a girl can’t be forced to have sex prior to her own wish, regardless of the religious and cultural practices of underage brides. If she was forced into a marriage against her wish, she must be provided with the legal means and moral, emotional, and psychological supports to get a legal annulment or a divorce immediately. Nujood Ali, a ten-year Yemeni girl received support from lawyer Shada Nasser to divorce from her much older husband.

In Indonesia, the Health Ministry has banned female genital mutilation (FGM) in 2006, but was challenged by Indonesian Ulema Council (MUI) in a fatwa in 2008. In 2010, the ministry overturned its own ban, but was later withdrawn, so the ban still stands today. However, Muslim Indonesian girls are still experiencing FGM due to cultural and religious practices. Nursyahbani Katjasungkana, a famed advocate for women’s rights, experienced it first hand as a little girl.

Second, all girls must receive good healthcare, including their special conditions pertaining to being females and reproductive organs. The MDG’s goal is reducing maternal mortality ratio (MMR) by 75 percent between 1990 and 2015 and ensuring universal access to reproductive health by 2015, which is this year.

Worldwide, maternal conditions are leading causes of death and disability among women. The 99 percent of 536,000 maternal deaths occur each year in developing countries, where child bride practices are rampant.

Third, all girls must be able to receive education from preschool to doctorate level. There is no exception whatsoever. While the Indonesian law doesn’t restrict girls to receiving education up to doctorate and postdoc levels, however culturally, some families restrict their daughters to pursue higher education due to the cliche notion of “a woman’s place is in the home.”

American feminist Gloria Steinem in Revolution from Within: A Book of Self-Esteem mentioned that more experts, including economists, are now using term “self-esteem” when discussing about “soft” factors in development, such as “national inferiority complex,” “national will,” “basic worldview,” “equality,” and “belief in reward for work.”

Thus, girls must be aware of their values to society, which can be increased with understanding on higher self-esteem and confidence. For “everyday rebellion,” girls can start with reframing their thought patterns by using gender-neutral terms, concepts, and heighten their awareness on “male viewpoint” versus “female viewpoint.”

When a girl understands her rights, responsibilities, and individual strengths and uniquenesses, she can better protect herself and her family and be a productive member of society. This way, she can continue spreading inspiration and motivation to the whole world without having to discount and reduce her self worth.[]

Jennie M. Xue is an award-winning author and columnist based in Northern California.