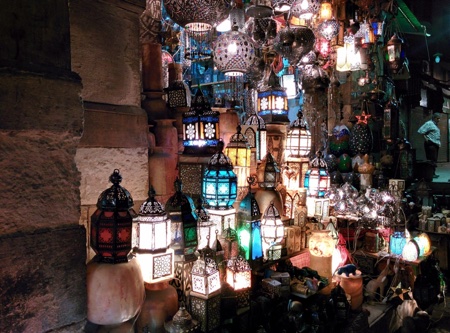 Ramadhan is now upon us again. Every year, Muslims around the world are engaged in a special month where they fast, read the Koran, and be more charitable and more generous to the unfortunates. It’s a special month for the Muslims, which must be cherished by all.

This month is good timing to fix communication issues between Muslims and non-Muslims, because after all we are fellow human beings. The thing is, many non-Muslims have the so-called “Islamophilia.”

Islamophilia, on the other hand, is “the disproportionate adoration” of Islam. The meaning of the term is positive. Too positive, even. And anything that’s overt is likely unhealthy.

In his book Islamophilia: A Very Metropolitan Malady, British journalist Douglas Murray posited that “no other religion in the world today receives the kind of pass that Islam gets.”

So, what are examples of “Islamophilia”?

Closing canteens and restaurants during Ramadhan. Closing bars, pubs, and other nightlife entertainments during Ramadhan. Allowing mosque attendants to park far beyond the designated parking space, while church attendants are forbidden to park beyond their church lot. Allowing mosque’s massive high-decibel loudspeakers to shout across the neighborhood without considering auditory healthy level. Allowing radical clerics to spread messages of hatred against the kufr (kafir) in mosques without any legal consequences. Etcetera.

It was common knowledge that in previous Ramadhans, canteens throughout Indonesia were socially pressured to close their business in order to “respect those who are fasting.” This year was different when the current Minister of Religious Affairs Lukman Hakim said that canteens should be opened during Ramadhan as a way to respect those who aren’t fasting.

Gubernur of Jakarta Ahok also said that it’s fine to have bars, pubs, and other nightlife entertainments open during Ramadhan. Any organizations using the name of Islam that sweep them would be hearing from the authority, if such incidents persist to occur.

Lukman Hakim and Ahok have set a precedent that Islamophilia must end. And I’m anxiously waiting to observe how far it would go.

Islam is different from other religions in many ways. It has its own culture, political system, legal system, and value system, some of which are completely opposite of what other religions teach. The Koran itself teaches more about how to do jihad than to act compassionately to others who are different, which might have something to do that Islam was established during wartime. Whether this fact deserves a special “adoration” or “treatment” itself is a big question mark.

In the end, we all must remember that both Muslims and the rest of us are human beings who must be respected equally. A good religion teaches people how to be kinder, gentler, more compassionate, and helpful toward all human beings.

The Good Samaritan story in the Holy Bible shows that golden rules apply equally to people of any background because “labels” mean nothing. What matters more is the content of one’s character, borrowing Dr. Martin Luther King Jr’s favorite phrase.

Abrahamic monotheist religions, including Christianity and Islam, accept the doctrine that there is only one God, which is God. In Islam, it translates to “Allah.” This is the one true doctrine that applies to all religions under Abraham’s wings. It would be nice if both Muslims and the rest of us acknowledge this oneness and doesn’t focus on the differences. With other non-Abrahamic monotheist religions, such as Hinduism and Buddhism, the notion of the “Golden Rule” should be used as the reference point. (In Christianity, we can find the verse of “You shall love your neighbor as you love yourself” in Matthew 22:39.)

I’m sure there is a version of “Golden Rule” in Islam, despite it’s only implicitly mentioned in the Koran.

This article was previously sent to The Jakarta Post in July 2015.