Death of Print and Rise of Long-Form Journalism 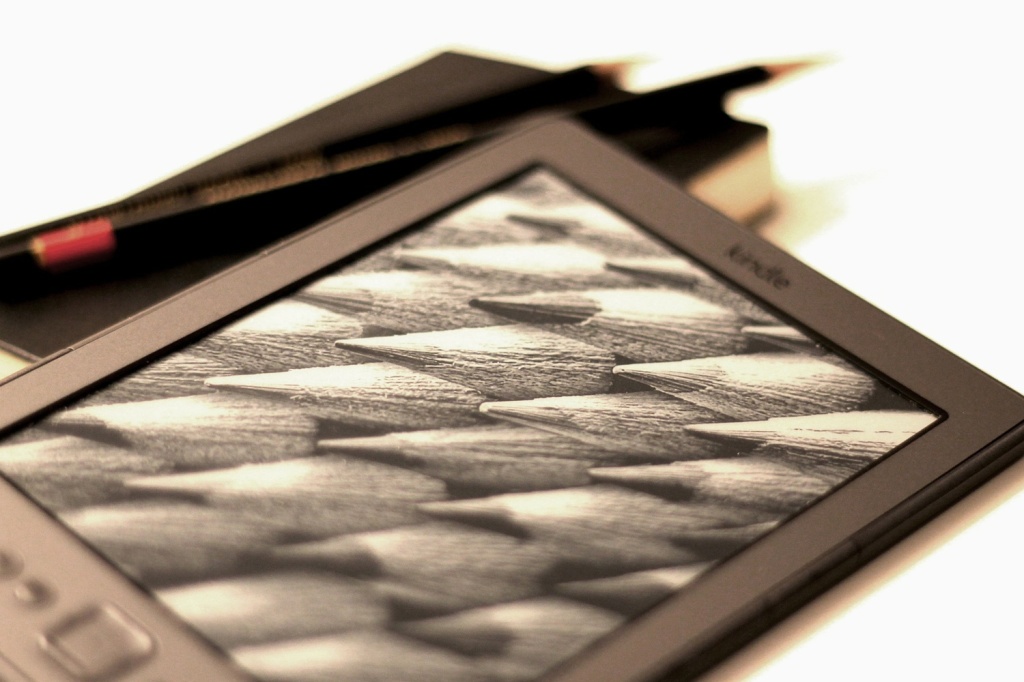 PanaJournal – Print is dead. And long-form journalism is rising. The digital environment of Internet serves as the perfect backdrop platform for the pair. The Internet provides immediacy and brevity. It also recreates the world by making it more efficient and transparent, which are key to rapid progress of human civilization.

Apparently, we aren’t going back to print nor to the pre-Internet era. We’re already spoiled by instant responses, lightning-fast pace, ease of analysis supported with transparent and verifiable data, and conciseness of information brought to us in written, visual, and auditory formats. In short, we are used to the conveniences made possible to advance our lives within a few keystrokes and several swipes.

According to the Pew Internet Project, people particularly use the Internet for four distinct functions: communication, information gathering, personal and business transactions, and entertainment. Thus, we have better get used to with the new normal. We can take online courses with professors located across the Pacific Ocean, we certainly can skim and scan through information quickly too.

Media experts said that print newspapers will be extinct within this decade, which has been prequeled by the massive drop of print advertisements. Already more than 50 percent of print journalists had been laid off and the growth of this profession is -6 percent (minus six percent).

This figure showed the failing severity of the state of print publication industry. Graduates of journalism schools are among “the unemployable” job seekers due to lack of vacancies in the industry, as well as other liberal arts graduates. The few vacancies in the publishing industry are now filled by underpaid professionals.

Because, apparently, being a journalist doesn’t require as rigorous a training like for being a medical doctor. And with a little bit of luck and many hours of self-taught skills, anyone with some knack of writing and excellent reasoning skills can literally break into this industry.

Print books, print magazines, and print newspapers are likely to occupy museums in the near future. Just like rotary phones, which have been replaced by digital phones, mobile phones, and smartphones. And facsimile copier machines are being replaced by emails and PDF files. Interestingly, hundreds-page lengthy print books are now being replaced by long-form narrative non-fiction journalism.

But print books will be replaced by digital books, which is also called “ebooks” or “electronic books.” They are usually formatted as PDF, MOBI, and EPUB files, which can be read with any tablet computer with ereader apps, Kindle Reader, and Nook Reader.

Print books of hundreds of pages will be replaced by short ebooks, which are essentially lengthy essays or long-form journalistic articles, due to shorter attention span in reading on computer screens. This means hundreds of print pages are getting streamlined into tens of pages of digital texts.

Blame the short reading span due to using electronic reading devices. Paper-like reading screens like in Kindle Reader and Nook Reader should solve this problem, thus reading lengthy ebooks shouldn’t cause too much strain on the eyes.

My Kindle reader application for iPad, for instance, is the home of 15,000+ ebooks now. Imagine how much physical space they would have required to store the same amount of print books in a brick-and-mortar home or office library. I collect various length electronically-published and print-turned-into-digital books. And among my favorites are long-form narrative non-fiction works.

This shift in reading habit comes with numerous pros, cons, and tremendous opportunities and possibilities.

Now is the right momentum to start online publications that publish lengthy journalism pieces like New Yorker and The Atlantic Monthly. More insights can be packed into such pieces. Unlike in brief reporting, in which journalists must write concisely without developing close rapport with readers, long-form journalism gives room to grow.

An impressive case of transformation is Amazon Kindle Single. This Seattle-based book retailer pioneer is one of the most aggressive game changers in the publishing world. Amazon already acquired The Washington Post, which is one of the most prestigious print newspapers in the world.

Amazon.com has been renowned for progressively selling, distributing, and publishing ebooks of various length via the Internet with their Web-based online retail platform since early 2000s, in addition to selling millions of consumer items through courier delivery. Amazon now offers ebooks called “Kindle Singles.”

Kindle Single is a division that publishes carefully selected journalistic pieces and fictional novellas adhering to esteemed publishing standards. Most of them are of 5,000 to 20,000 words. Pretty short for books, but quite long for articles. And this “in between” length is likely to stay for a long time. More publishers are following its footsteps, including niche-specific ones, such as SheBooks.net and embooks.com.

Here is the reason.

With such massive overload of today’s information, readers expect writers and publishers to provide high quality content designed for quick enjoyment with the latest gadgets. Tablet computers like iPad and Samsung Galaxy enables the revolution of journalism from analog to digital. From print to digital. From pbook to ebook. From book-length content to long-form journalism content.

It is interesting to note that with the demise of print industry, Web-based long-form journalism is on the rise. Granddaddies of narrative journalism, such as New Yorker, The Atlantic, The American Scholar, The Morning News, and The Walrus (Canada) are having new competitors, like Kindle Single (a part of Amazon.com), Aeon, Medium-Matter, Guernica, Byliner, Atavist, TheBigRoundTable, and curators like Longform.org and LongReads.com.

For Indonesia, Panajournal.com is one of the pioneers.

Long-form journalism has become more popular not because we read longer journalistic pieces, but because we read shorter books in digital format. And long-form journalism is an excellent substitute. Just by saving the long pieces and sending them to a tablet, we can read them at any time with the level of enjoyment of reading a print book. After all, reading attention span has shortened considerably.

Storytelling has become more popular as well, as a way to balance out the robot-like digitalization of texts, images, videos, and audios. Compelling stories filled with inspiration, motivation, insights, and love bring out good feelings, as the “sterile” ambiance of high-tech environment may feel too “cyborg”-y, which can only be balanced by reminders of how much we feel as human beings.

Long-form journalism is also a great medium for brand journalism, which is similar to advertorial but more sophisticated in presentation, delivery, and insights. “Brand journalism” gives a strong “after taste,” which “conventional journalism,” such as reporting and journaling, doesn’t. This trait alone is ideal for delivering “branded messages” with sophistication, so readers can still focus on the ideas and messages of the piece itself and not distracted by the brand.

What is long-form journalism? Is it identical with “narrative nonfiction”? The answer is yes. It is about writing like telling a story, not reporting. Truman Capote in In Cold Blood (Saturday Review, January 22, 1966) wrote, “I got this idea of doing a really serious big work –it would be precisely like a novel, with a single difference: Every word of it would be true from beginning to end.”

Traditional inverted-pyramid style of journalism is limiting in its structure and word count. It is also a bit awkward when telling the whole story of an incident. The writer’s biases are somewhat “hidden” behind facts and objective details, which usually don’t show much of his or her viewpoint, albeit implicitly.

The former senior editor at The Atlantic Monthly once made a comment on what constitutes “narrative nonfiction.” He said, “I think [narrative nonfiction]… is essentially a hybrid form, a marriage of the art of storytelling and the art of journalism –an attempt to make drama out of the observable world of real people, real places, and real events. It’s a sophisticated form of nonfiction writing, possibly the highest form that harnesses the power of facts to the techniques of fiction, constructing a central narrative, setting scenes, depicting multidimensional characters and, most important, telling the story in a compelling voice that the reader will want to hear.”

Such unique traits are especially valuable in this age of storytelling marketing. Yes, its “for profit” side is as remarkable as its “non-profit” side.

The latest trend in publicity is “no-promotion marketing” or “telling story without selling.” Such long-form narrative nonfiction format allows interviews and stories about a brand to flow naturally, creating the so-called “native” promotion. Just like when a professional photographer’s Instagram account showcases his portfolio, this mixed genre of writing provides a platform for telling stories about good (and bad) traits of a brand naturally and effortlessly.

Peter Rubie in The Elements of Narrative Nonfiction wrote, “we use stories as a way of making sense of the world around us. We grow up with them, and we crave them like a fix. They are reassuring and comforting in some strange way, perhaps because of their structure and order and their predictability. As children, we often want to be read the same story again and again in an almost hypnotic fascination. But we approach puberty, it slowly dawns on us that like Santa Claus and the Easter Bunny, many stories are inventions. Despite this apparent “betrayal,” despite “real life” slowly impinging on our shrinking world of fantastic possibilities, we still want to believe in stories.”

In short, stories have hypnotic qualities that mesmerize us and frame our thinking. And we feed on stories to nourish our mind and soul since the day we were born. It has been our programming, which isn’t going anywhere despite our aging.

Steve Jobs of Apple computer is the poster child of “story economy,” which explains why people love Apple products. Simon Sinek in his book Start with Why wrote, “People don’t buy what you do; they buy why you do it.” And it applies to both for-profit and non-profit causes.

Most motivational and inspirational books are filled with stories and anecdotes. Stories about failures and successes give us an opportunity to learn. Contently and the Content Marketing Institute exemplify the latest trend in storytelling with impact. Sites like Upworthy, Mental Floss, and Good are receiving acceptance and popularity. They tell stories, touch people’s hearts, make them think and say “aha!,” and change lives everyday.

Sure, a long-form journalism narrative nonfiction piece doesn’t necessarily convey feel-good messages. Its main purpose is answering our innate human quest on “why” something occurs in a more in-depth manner than what breaking news covers.

After all, we live surrounded by stories and live for reading about and telling stories of ourselves, our works, and our hopes. And print is dead.[]