Cryptocurrencies, Staying or Not? 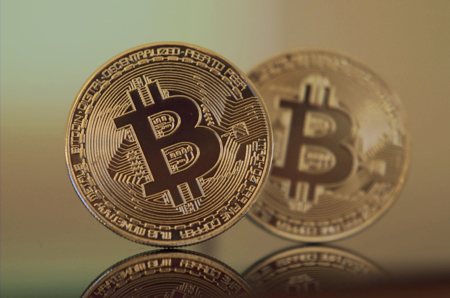 Despite Bitcoin surpassing $10,000 per coin, there remain many pros and cons on cryptocurrencies—especially on their staying power. Let’s the facts. Bitcoin’s current market cap of about $180 billion is comparable to Coca-Cola’s. It has increased ten-fold, which sounds enormous, but it’s not much in the global financial market. More than 400 stocks had more significant gains in 2017 than Bitcoin.

Can cryptocurrencies be compared to real currencies? No, according to many economists. With a cap of only 21 million Bitcoins that can be mined, it’s incomparable to fiat currencies. Bitcoins and other cryptocurrencies’ prices are very volatile, which undermines their use as a currency.

European Central Bank President Vitor Constancio stated that Bitcoin posed a threat to global monetary policy, comparing it to the tulip bubble of the 17th century. Nobel Prize-winning economist Joseph Stiglitz argued that Bitcoin reached its high price due to its potential for circumvention of oversight. Without “actual value,” investors simply expect of what it will become tomorrow.

Paul Krugman, another Economics Nobel Prize winner, argues that there is no anchor for Bitcoin and other cryptocurrencies’ value. While U.S. dollars are no longer backed by gold, the value is based on the trust in the United States’ global leadership.

With cryptocurrencies, in addition to no anchor, its price is tied up to the Libertarian philosophy of oversight. Initial Coin Offerings (ICO), which work similar to an IPO, takes cryptocurrency euphoria to another level. It’s changing how businesses raise funds, but it lacks oversight. Thus, ICOs are hotbeds for scams. While some say ICOs are just another form of fundraising, like crowdfunding, they aren’t the same. ICOs are unregulated, thus pose a risk to investors.

Bitcoins and other cryptocurrencies will remain the native of technological derivatives. However, it would take a massive combination of global political and monetary power to take it to the next level and be used as exchange currencies. Hope and hype are parts of bubble behaviors. When price skyrockets simply because of future expectations, it’s time to be cautious. Remember, the price isn’t identical with value. When you must buy something, buy for its value.

In conclusion, until Bitcoin and other cryptocurrencies can find price stability and be regulated on a worldwide level, they will continue to perform as failed currencies and belong to a small class as assets. Whether you’re comfortable enough to take the risk of investing in them is your call.