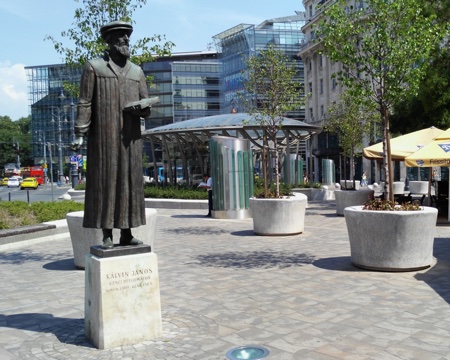 The prevailing religious denomination in a country does seem to have some effect on national work ethics, legal systems and overall perspectives on ownership.

Predominantly Catholic countries (Italy, Spain, Greece, and Portugal) are heavily laden with debt, while predominantly Protestant countries (Germany and Scandinavia) are doing economically better. It’s interesting to note that there are some correlations (not necessarily a direct causality) between religious denominations and development, despite the difficulties of study.

Given the challenges of research in this sensitive area, the prevailing religious denomination in a country does seem to have some effect on national work ethics, legal systems and overall perspectives on ownership. Experts and researchers believe that those differences therefore can impact a country’s economic performance.

First, most noted is the existence of Calvinist work ethics in a society. A Protestant theologian and reformist John Calvin gave a powerful sermon in 1555 to his congregation, which later became known as “Protestant Ethics” or “Calvinist Ethics.” He preached about the importance of hard work, self denial, patience, honesty and duty.

Those virtues later proved to be extremely useful when combined with Adam Smith’s concept of capitalism: any profits earned shouldn’t be used for lavish lifestyle, but instead should be saved and invested back in the business. Calvin added that being good in business was far more pleasing to God than being a warrior or an aristocrat.

In short, Calvinists believed in God’s blessings through financial independence earned with hard work and a modest lifestyle. This mindset became ingrained in the culture of predominantly Protestant countries.

Second, there may be some influence on how legal systems protect creditors. In 2002, Rene Stulz and Rohan Williamson, in a paper titled Culture, Openness, and Finance, said that Catholic countries provide weaker protection to creditors than Protestant countries. They also argued Catholic cultures are weak in enforcing creditor rights.

The good news is, France, which is predominantly Catholic, is setting the trend of political secularism in the 21st century. Religious denominations may eventually be proven irrelevant to a country’s economy, as various social and economic changes are currently occurring worldwide, as globalism reduces differences.

Indonesia is a Muslim-dominated country, yet its fundamental economic philosophy and perspectives are constitutionally secular. Our job is focusing on what’s best for the sake of the country’s development, whatever it is called, be it Calvinism or other influences.[]